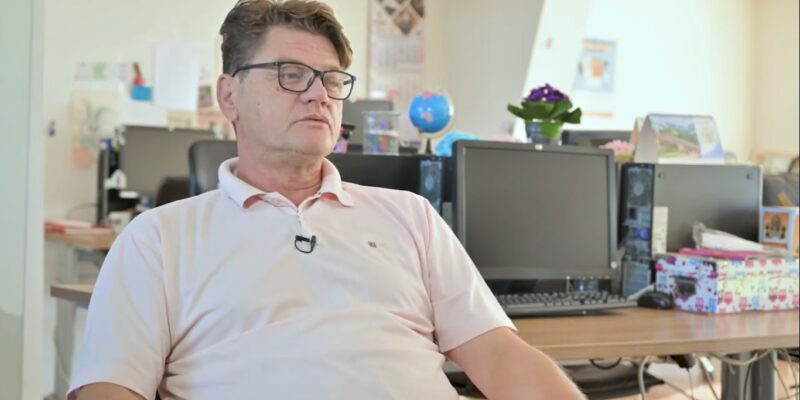 Lawsuits against journalists, if they are unfounded, do not only affect the creation of self-censorship, but also the quality of journalism in Montenegro, said the editor of politics in Dnevne novine, Mili Prelevic.

He said that as a journalist, he was sued almost ten times.”I am one of those journalists who had a dozen lawsuits and I won each one”, Prelevic told the MINA agency.

Commenting on the fact that 150 lawsuits have been filed against journalists in the last ten years, Prelević believes that this is not a large number.”That is only about 15 lawsuits a year. That is not terrible because it is generally known that Montenegrins like to be tried and sued”, Prelevic stated.

He said that in Montenegro, according to some estimates, there are between 800 and a thousand journalists, and that he was satisfied with how much Montenegrin journalists respect the Code of Ethics.

“Of course, since we are a divided society and the media are divided, and then there are always those who are dissatisfied with the reporting, but in that case, the question arises whether the Code has been violated,” said Prelevic.

The problem, as he said, is that in Montenegro there is no clearly defined regulatory body or any court of honor that could relevantly say whether someone has violated the Journalists’ Code or not.

“Journalists, like society, are divided, so they interpret the Code of Ethics, which is clear and should be followed, in different ways” Prelevic said. He pointed out that a large number of journalists try to work according to the Code, but that lawsuits, if they occur, affect the work of journalists. Prelevic added that the research that was done a few years ago showed that only 18 percent of journalists say that the lawsuits do not affect their work.

“It has been ten years since Montenegro decriminalized defamation, and there is still no majority that would say that it is good or bad,” Prelevic believes.

As he said, lawsuits usually reach journalists who are engaged in some investigative journalism.

“The problem with the information that is published, and because of which lawsuits arise, is because the Montenegrin society is still not transparent, and it is still difficult to get the right information,” said Prelevic.

According to him, some newsrooms will not stand behind their journalist, even though they published information that ended up on the front page of a newspaper or portal.

“They left him alone to fight in court with that,” Prelevic added. As he stated, although by law a journalist has the right to preserve his source, in a huge number of cases it happens that the judge asks the journalist who gave him the information.

“And that affects not only the creation of self-censorship among journalists, but also the quality of journalism in Montenegro in general,” Prelevic concluded.

Longtime journalist Vesna Rajkovic Nenadic said that, regardless of the time period in question, the number of lawsuits filed against journalists is large.

Rajkovic Nenadic said that she had the impression that neither the journalists themselves, nor on the other hand the citizens, were aware of the seriousness of the journalistic work and the fact that they could satisfy justice in court.

“I think that only citizens, if they think that some of their rights have been violated by writing a certain media, put it somewhere in the” little brain “and do not want to deal with the case, because they think that justice will not be served,” Rajkovic Nenadic told MINA.

As she stated, she often heard that the media resort to the practice of publishing certain information for the sake of circulation, aware that they are violating the law and the Code of Ethics, but that they are ready on the other hand to bear responsibility.

“I really think that citizens cannot get adequate satisfaction in court for what is published in the media,” Rajkovic Nenadic pointed out.

She said that all journalists must adhere to the Code of Ethics.

“I think that media owners and editors often resort to the practice of publishing some information, although they are aware that publishing it will violate many standards,” added Rajkovic Nenadic. According to her, the Code is not respected, not out of ignorance, but out of intent.

“This should be regulated as soon as possible so that journalists are a little more protected, and that, of course, there are provisions to sanction journalists who do not follow the Code and who publish fake news”, concluded Rajković Nenadić.