The managing body of the Trade Union of Media of Montenegro, between the two assemblies, is the Main Board, consisted of 14 members, including the president who is a member of that body automaticly.

Members of the Main Board are from various media, as well as freelance journalists and individual members of the SMCG. 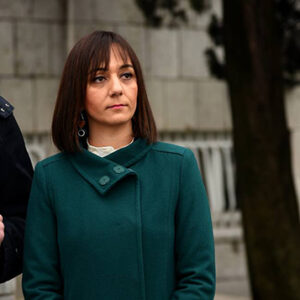 Finished Elementary school and Gymnasium in Tuzi, and the Faculty of Law at the University of Montenegro in Podgorica.

She has been dealing with journalism since she was 19 years old.

As of September 2014, she is been working as a freelance journalist and cooperating with couple of media form Western Balkan’s region.

She is the President of the Trade Union of Media of Montenegro since its establishment in April 2013,and as of March 2016, she is been professionally hired on that position.

As of September 2016, she is been a member of Commission for the monitoring of work of competent authorities in investigating cases of threats and violence against journalists, murders of journalists and attacks on media property which Montenegro Government founded.

Since 2016 to 2019 she is been a member of Steering Committee of European Federation of Journalists, and in May 2019 she was re-elected on that position for the next three years.

She is the author of several analysis and researches dealing with working conditions in media, media freedom and safety of male and female journalists in Montenegro. 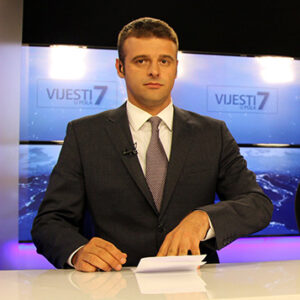 He graduated from the Faculty of Political Sciences in Podgorica, the department of Journalism.

2003. – 2007.Television Montena, journalist and editor in the news program

2008. – Television Vijesti, journalist and editor in the news program 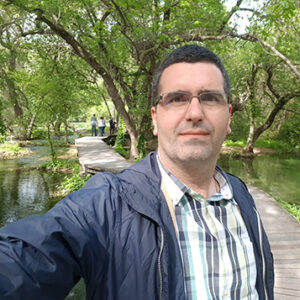 He graduated at elementary school and high medical school in Podgorica. Danijel graduated at Faculty of Political Science, Department of Social Policy, at Belgrade University. He is married and father of three children.

He has been a journalist since 1998. Permanently employed at Radio television of Montenegro since 2002.

He is the author of the TV show ABS, a show dedicated to news in the car industry and traffic safety.

He is currently the Vice President of the Trade Union of Media of Montenegro. 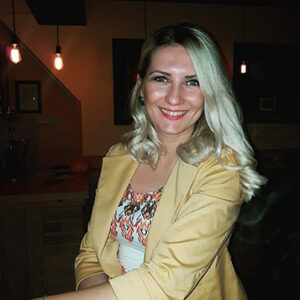 She completed her studies in journalism at the Faculty of Political Sciences in Podgorica. During her primary and postgraduate studies she was a scholar of Berane municipality. She began her journalistic career in the MINA Press Agency in Podgorica, now she works as an editor of the portal in Radio Berane.

She has a large number of seminars and programs behind her to improve her professional skills and knowledge. She has been active in the civil sector for many years. She is engaged in numerous projects as a lecturer, researcher and mentor.

Speaks English and serves with German.

She is currently the Vice President of the Trade Union of Media of Montenegro. 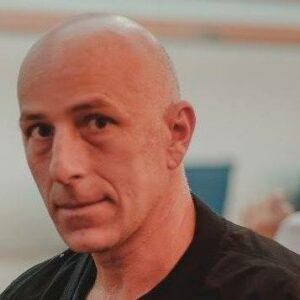 He graduated from the Faculty of Philosophy in Niksic, the direction of Serbian-Croatian language and literature.

Works as a journalist in the Montenegrin Independent Weekly Monitor since 2000.

He is currently a member of the Main Board of the Trade Union of Media of Montenegro. 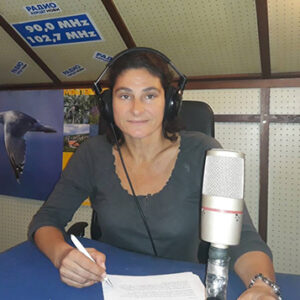 educated, lives and works in Herceg Novi. She started volunteering in secondary school days, and then worked part-time at Radio Herceg Novi, where she has been employed since 1991 as a speaker – presenter, and since 2016 she also works as a journalist.

She was President of the Trade Union of Radio Herceg Novi from 2007 to the beginning of 2018.

She is currently a member of the Main Board of the Trade Union of Media of Montenegro. 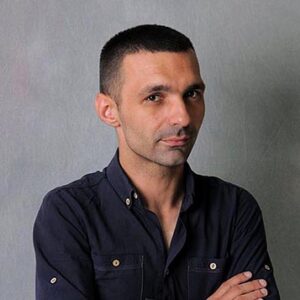 He has been working professionally since 2001. He gained his first experience in journalistic photography in an independent daily newspaper “Vijesti”, after which he began working in the daily “Republika”, where he worked until 2008. He made significant cooperation in 2005 with the German Press Agency (EPA), for which he still works today. He also worked for Monitor, the Serbian news agency “Fonet”, but also for the monthly “Croatian Messenger”. He is currently employed in the independent daily newspaper “Vijesti”.

He collaborated with many Montenegrin and regional newspapers, magazines and portals. His photos have been used in many advertising and political campaigns through cooperation with political parties, the non-governmental sector and businesses.

He is awarded with the “Gušter Pen” for 2009, which is award for a special contribution to freedom of speech, opinion and media in the territory of the former Yugoslavia. 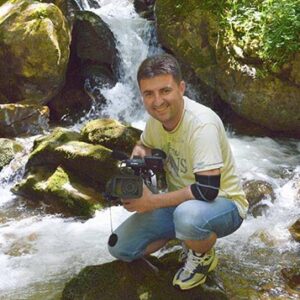 He finished the Secondary School, the direction of the mechanical technician. After that, he studied shipbuilding at the Maritime Faculty in Kotor. He has been working in the media since 2004. He is employed in a local public broadcaster, Radio Television Pljevlja at the workplace TV cameraman – editor. He is the author of numerous promotional and documentary films dealing with local issues.

He is a collaborator of numerous media companies and productions (RTCG, MAMA, Infobiro …) and founder of one of the first local internet portals in Montenegro – Pljevaljski portal. 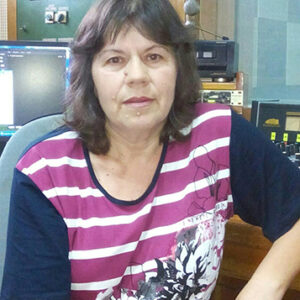 She finished elementary school and Gymnasium in Ulcinj, and the Faculty of Political Sciences – journalism department in Sarajevo. He works at Radio Ulcinj as a journalist since the founding in 1987. In the former Yugoslavia, she worked as a full-time correspondent for Politika, Borba and Naša Borba.

She was a frequent correspondent for the Television of Montenegro from Ulcinj for over 20 years.

She is the president of the Trade union organization of Radio Ulcinj and member of the Main Board of the Trade Union of Media of Montenegro. 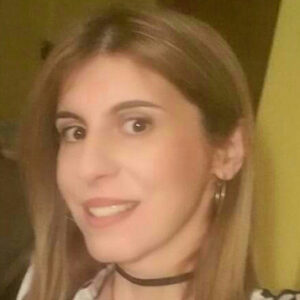 She is mostly concerned with the rights and social needs of vulnerable and marginalized categories.

She is the member of Main Board of the Trade Union of Media of Montenegro. 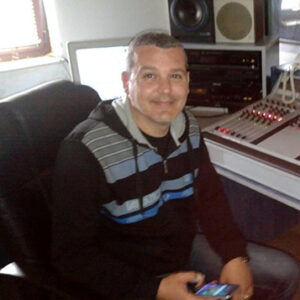 He lives in Tivat, where he finished elementary and high school mechanical engineering. He works as a sound technician at Radio Tivat since 1996. He is the President of the Trade union organization of Radio Tivta and member of the Main Board of the Trade Union of Media of Montenegro.