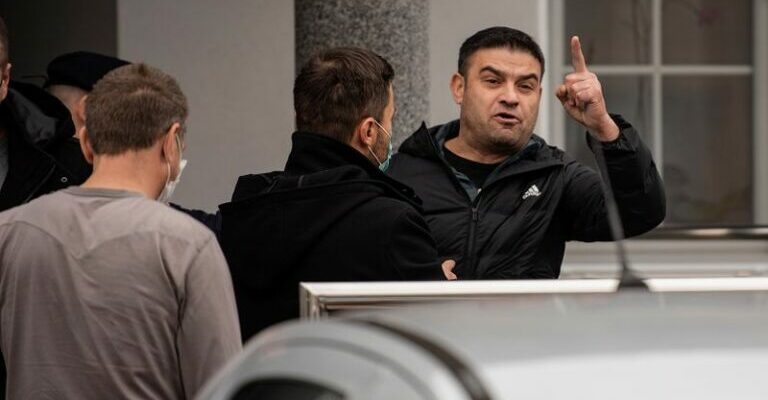 In the action of the European Public Prosecutor’s Office in the Republic of Croatia, during the morning of the police arrested former Minister of Regional Development and EU Funds, Gabrijela Žalac, for the Software affair, on suspicion of fraud in the Ministry of Regional Development and EU Funds. After the arrest, journalists gathered in front of Žalac’s family house in Vinkovci, while the police searched the house and the two cars in front of the former minister’s house. The husband of arrested, Mario Žalac, appeared and started shouting at the journalists: “Thank you all”, after which he addressed journalist Drago Hedl with the words: “Mr. Hedl, how are you? I know everything about you, Hedl! Light a candle for All Saints Day”. After these words, he wanted to physically approach the journalists, but the police prevented him from doing so.

This is not the first time journalist Hedl has been attacked for doing his job; he says that such threats have already become a “commonplace” for him, and that he has recently received similar threats and insults.

Drago Hedl didn’t report anything to the police and says that he and his colleague ended up going to Vinkovci unplanned, when they found out what was happening there. In front of the house of former minister Žalac, they found journalists from many media, but the husband of the former minister only addressed Hedl by name and surname. “I have never seen this man or talked to this man before,” said Hedl, adding “I may have written only one text about his wife, other colleagues have dealt with this topic more and I don’t know why he focused on me”. When asked how he feels now, Hedl replied “I’m used to such things happening, but I can’t say I’m indifferent. One feels disturbed by such threats, when someone tells you that he knows everything about you and that you should light yourself a candle for All Saints Day, and you know what that means metaphorically”.

Hrvoje Zovko, president of the Croatian Journalists’ Association, was appalled by the attack. “These and similar threats are absolutely unacceptable and are to be utterly condemned,” said Zovko, adding that “we ask the highest representatives of the Republic of Croatia to clearly and unequivocally condemn such threats and attacks”.

The SafeJournalists Network, which gathers more than 8,200 media professionals in the Western Balkans, joins its member, the Croatian Journalists’ Association, in condemning these threats. We ask institutions to protect journalists, as well as to publicly condemn such threats to journalists.

The SafeJournalists Network will inform all relevant domestic and international partakers’ sides about this case.