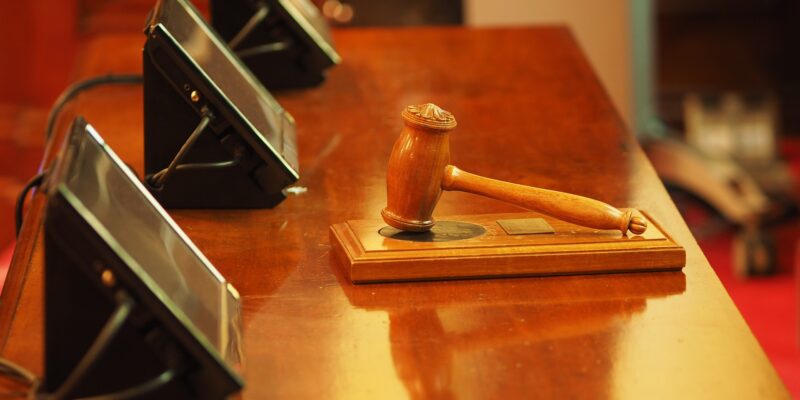 The fact that the main hearing at the Bijelo Polje Misdemeanour Court in the case of the attack on the journalist of daily Vijesti, Jadranka Cetkovic, was held at the moment when the High Prosecutor’s Office is still deciding on the appeal of the injured party, is a legal absurdity that deprived the journalist of an adequate criminal and legal protection in accordance with the Criminal Code of Montenegro and the Criminal Procedure Code.

The Trade Union of Media of Montenegro warns about the inadequate behaviour of judicial authorities in this case, which not only has negative consequences for a specific case, but also creates an unprecedented legal situation in which the same case is being simultaneously decided on by two judicial bodies, whose decisions mutually exclude each other.
Such a behaviour is sending a sad message to the public about the position and rights of employees in the media, but also of all citizens who happen to be an injured party in criminal proceedings.

Namely, following the attack on Cetkovic that took place in front of the Bijelo Polje High Court in June 2022 while she was trying to do her job, the Basic State Prosecutor determined that no criminal offence was committed. After the journalist’s attorney Mirko Boskovic appealed the decision, the High State Prosecutor’s Office quashed it, remanded it, and ordered the Basic Prosecutor’s Office to take a series of evidentiary actions, remove the omissions and deficiencies that prevented it from making a righteous decision in the specific case.

At the same time, the Misdemeanour Court has scheduled main hearing against the defendant Elvis Palavrtic for committing an alleged misdemeanour for October 6, 2022. After the Bijelo Polje Basic Prosecutor’s Office requested the hearing to be postponed due to the fact that the proceedings with the relevant Prosecutor’s Office have not yet been completed, meaning that it is still being investigated if in suspect’s behaviour there are elements of the criminal offence of coercion, Bijelo Polje Misdemeanour Court rejected a proposal, swiftly conducted the evidentiary procedure and concluded the hearing, thus creating conditions for decision-making. To make things worse, the injured party herself tried to explain to the acting judge why there were no conditions for misdemeanour proceedings, requesting a postponement so that her attorney, who was not summoned, could attend the hearing. The court, though, rejected this proposal, started the evidentiary proceedings and concluded it on the same day, without even hearing the injured party, given that the defendant fully admitted to the offences he was charged with.
In this way, we have an absurd legal situation, in which the Misdemeanour Court has ended the proceedings against the person for actions that are still being investigated by the competent Prosecutor’s Office in order to determine if they include elements of criminal offence. In this way, the journalist’s rights to appeal the decision and file a criminal complaint guaranteed by the Criminal Procedure Code were made completely meaningless, which is no less dangerous form of endangering the position of journalists and media workers than the act of the attack itself.

In addition, we believe that, by such a behaviour, the Basic Prosecutor and judges of the Misdemeanour Court in Bijelo Polje violated some of the basic professional standards, as well as the material and procedural norms of criminal and misdemeanour legislation. The fact that Misdemeanour Court continued the proceedings despite the fact that it was informed about everything by the Basic Prosecutor’s Office before the start of the main hearing is particularly worrying. For this reason, the Trade Union of Media of Montenegro, as a professional organisation of media employees, will take appropriate steps and initiate proceedings with the Prosecutorial and Judicial Councils.

We believe that such a behaviour of the Basic State Prosecutor’s Office and the Misdemeanour Court in Bijelo Polje renders meaningless the stricter penalties for attacks on journalists and media workers prescribed by recently adopted amendments to the Criminal Procedure Code which were aimed at deterring future perpetrators from attacks and reducing their number.

SafeJournalists: Inadmissible behavior of judicial authorities in the case of an attack on a journalist in Montenegro