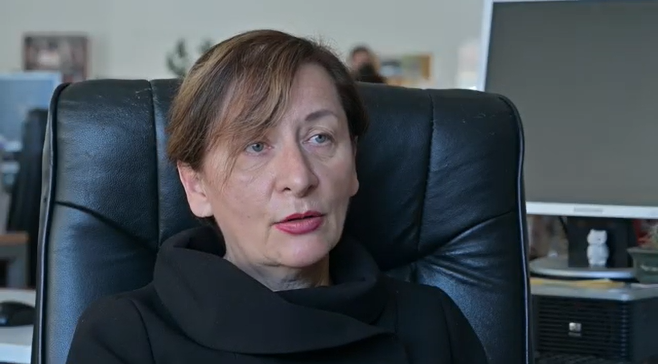 It is very important that journalists fight for the truth

Lawsuits against the media and journalists, if well-founded, can contribute to raising standards in journalism and media freedoms, according to Milka Tadic Mijovic, executive director of the Center for Investigative Reporting (CIN-CG).

When asked how she stands on lawsuits against the media and journalists and how much they affect the emergence of self-censorship in the media, she answered that everything depends on whether they are founded or not.

“If they are founded, if someone violated the ethical code and rules of the profession, I certainly think that the lawsuits could be important for raising the standards in the media and journalism, which is the goal,” said Tadic Mijovic.

On the other hand, as she stated, if the lawsuits are unfounded, which is most often the case in Montenegro, they really restrict the freedom of the media and affect self-censorship.

Tadic Mijovic believes that this is one of the reasons why Montenegro is so low when it comes to media freedom indixes.

“So, if the lawsuits are unfounded, if they come to prevent informing about important things in society, I think they are very harmful,” she pointed out.

Speaking about the lawsuits she faced in her long journalistic career at Monitor, Tadic Mijovic said that a large number of them came from powerful circles.

“We in the Monitor did a lot of research on corruption, crime, the connection between politics and crime, business, and often those lawsuits came from those circles. For example, among those who sued me was the sister of President (Milo) Djukanovic, then some businessmen who were very close to those circles of power, “said Tadic Mijovic.

According to her, they had problematic verdicts for a large number of these lawsuits, and they often had to pay high lawsuits, even though their articles were based on facts.

“Recently, however, we have managed to win many of these lawsuits in the Constitutional Court, and now the situation is changing somewhat. So, those lawsuits are often dropped in higher instances, and it happened that lower instances acquitted us, and the High Court punished us, “said Tadić Mijović.

She emphasized that, in any case, it is very important for journalists to fight for the truth.

“Both when they are unjustly accused, and when the courts, which are unfortunately largely trapped in Montenegro, punish them even though they have not violated any rules, they should continue to fight, because if not in the Constitutional Court, they have a chance in Strasbourg.” added Tadic Mijovic.

Asked to, as the director of CIN-CG, whose one of the main goals is the promotion of independent, responsible and professional journalism, assess the level of respect for these postulates in the journalism industry in Montenegro, she said that there are very few professional media that really engaged in their business.

Often, as she stated, these are some “outposts” behind which there are certain circles, political or business structures.

“I think we have a long way to go, but what is encouraging is that in all these 30 years since the establishment of multi-party system, there were still media that had a distance to the circles of power and that really did their job and fought for better and a fairer society, “said Tadic Mijovic.

She reminded that even in the darkest times, in the 90s, there were media that were anti-war oriented.

“In the last decade and a half, we have had media that have been distanced from monopolies and that have really fought a lot against crime, corruption and non-transparent affairs of this, now former government. So, even in the darkest times, the media survived, and that is what our hope is, although unfortunately most of the media have been captured, “said Tadić Mijović.

According to her, it is especially problematic that those media that should serve the public interest have been captured.

“First of all, I mean the Public Service, which, in fact, never became that,” Tadic Mijovic added.

When asked how much, in her opinion, the media themselves, ie journalists, with their unprofessionalism and violation of the journalistic code, influence the occurrence and number of lawsuits, she reiterated that lawsuits can sometimes be effective, that is, they can raise the level of standards and media freedom.

“I was just thinking of the media that do not respect the rules of the profession, and which are primarily propaganda points of this or that group. Unfortunately, these media exist in Montenegro, they constantly violate standards, they often publish things that are not true, and they influence the appearance of lawsuits.”

SafeJournalists: Vojislav Milovancevic received death threats after the article referred to a rape case at the Orthodox Theological Faculty

TUMM: Media workers must be among the priorities for vaccination