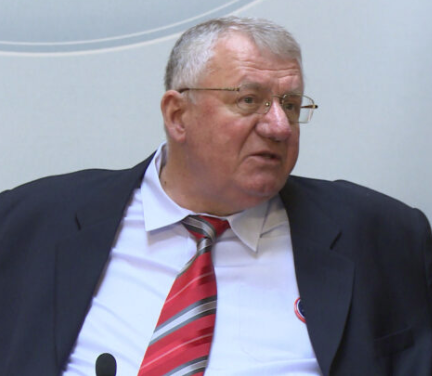 SafeJournalists Network strongly condemns the attack of Serbian politician Vojislav Seselj on the journalist of the Radio Television of Republika Srpska, Natasa Miljanovic-Zubac.

Seselj, a convicted war criminal and leader of the Serbian Radical Party, last Saturday (30.1.2021.), verbally attacked a journalist of “Radio Television of Republika Srpska” Natasa Miljanovic-Zubac on “Happy TV” on the “Weekend Morning” show, calling her offensive names, and allegedly revealing secrets about her past.

“As a journalist, I’ve been reporting on various ‘sensitive’ political topics, corruption, crime for years, but I’ve never experienced such brutal and monstrous attacks. This time I was the target, and if institutions do not do something in this case, the question is who is next”, said Natasa Miljanovic-Zubac for SafeJournalists Network.

“I must also say that I am very disappointed that the hosts and the editorial board of Happy Television allowed Seselj to bring such insults, without any reaction or attempt to prevent him from doing so. All this affected my health, as well as my family members, and I definitely plan to sue Seselj and Happy TV, as well as other media that reported his allegations”, she added.

At the other hand, Borka Rudic, secretary general of the BH Journalists Association, said that “this is a brutal example of misogynistic statements by politicians who continuously talk about the policy of violence against female journalists”.

“Institutions must put an end to the violation of women’s human rights, and in this context we especially call on the Regulatory Body for Electronic Media (REM) and the Press Council of Serbia to take legally prescribed measures for gender discrimination, intrusion on privacy and verbal violence against RTRS journalists. It is appalling that this type of violence is approved and carried out by certain media, giving politicians the opportunity to abuse the media space to violate the human and professional dignity of female journalists”, Borka said.

This is not the first time that Vojislav Seselj behaves like this on televisions that have a national frequency. Its constant presence in the highly watched media in Serbia leaves far-reaching consequences both for the media and for the entire society in Serbia, and beyond.

SafeJournalists Network, representing more than 8,200 media professionals in the Western Balkans join its member BH Journalists in condemning insulting and abusive speech and call on public persons and politicians to behave properly in their public appearance. We also call on regulatory and self-regulatory bodies in Serbia to take measures against media which gave space for such inappropriate content.

We will inform the relevant national and international stakeholders about this new case. Each attack on journalists is an attack on public interest, democracy and rights of all citizens.

Burzan: Code of ethics basic postulate in the work of journalists

Malicious lawsuits against journalists that may affect self-censorship

By Sindikat medija
3 hours ago