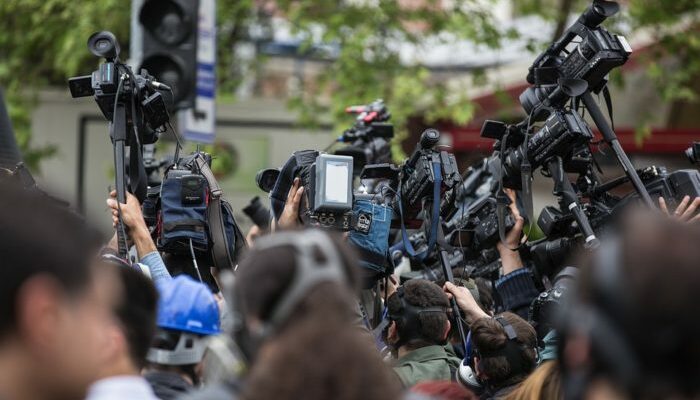 SafeJournalists Network sent a letter to Mr Olivér Várhelyi, European Commissioner for Neighbourhood and Enlargement, Mr Harlem Desir, OSCE Representative on Freedom of the Media and Ms Dunja Mijatovic, Council of Europe Commissioner for Human Rights asking them to urgently get involved in current events in Serbia and to resolutely demand of the Serbian authorities to create a safe environment for all media and journalists who, through their dedicated work and live coverage, risk their health and safety to provide Serbian citizens access to objective information about protests.

The Network’s letter states that journalists’ associations of the region are horrified by the violent behaviour against colleagues from Serbia.

“We are especially worried that members of the gendarmerie and the police are among the attackers. It is the police force that should create conditions for journalists to work in a safe and dignified manner under national laws and international standards. Footage from the protests show police officers appearing in the role of bullies who beat journalists and prevent them from working. Those who should protect journalists have turned into attackers – it is a defeat of media freedoms and all other democratic values of the Serbian society.”

The letter provides information about a minimum 16 media workers who have been assaulted in the last three days:

On July, 7 two Tanjug News Agency cameramen were physically assaulted by the protesters, policemen in plain clothes attempted to stop TV N1 journalist Jelena Zoric journalist and cameraman Aleksandar Cvrkotic from recording police officers beating a protester in the park in front of the Serbian presidency while the police made unnecessary physical contact with Milica Bozinovic, Nova S portal journalist.

On July, 9 although the protest was mostly peaceful, Nova S portal photo reporter Vojislav Milovancevic was brutally attacked by men in black shirts with hoods. Milovanovic was hit above his neck with a sharp object and was admitted into ER. His Nova S colleague, not yet named, was attacked by a group of men throwing stones. Insajder.net journalist Irena Stevic was approached by two men who grabbed the phone she used to film a police cordon. One of them said he is from the State Intelligence Service, but refused to show ID.

The letter ends stating that each attack on journalists is an attack on public interest, democracy and rights of all citizens.