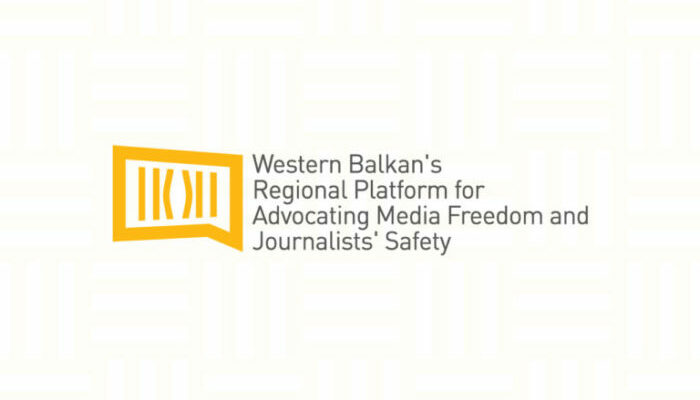 This day is a symbol of strong dedication of journalists to bring the truth in front of the eye of the general public and at the same time to remind the national institutions that they are obliged to ensure safe environment in which journalists can freely work.

Over the past decade, more than a thousand journalists have been killed while doing their professional work. Nine out of ten cases have been unsolved, and in the end no one is punished. Impunity leads to more killings and is often a symptom of worsening conflict and the breakdown of law and judicial systems. Also, impunity inevitably leads to self-censorship, limits the space for free media and makes the profession unattractive for young people.

The Western Balkan’s Regional Platform for Advocating Media Freedom and Journalists’ Safety urges the public, the citizens and the political parties that journalists should not be attacked for doing their job. Institutions and above all for the judiciary should process the attacks on journalists as soon as possible in order to protect the democracy in Western Balkans countries. Over the past five years, the Platform has registered 570 attacks and threats on journalists and yet, very few of them have been resolved by the competent institutions.

The Platform strongly supports journalists’ and media organizations efforts in protection of journalists and freedom of speech as well as their efforts in fighting against impunity for crimes against journalists. Every attack on journalists is considered as an attack on the public interest, democracy and the rights of all citizens.