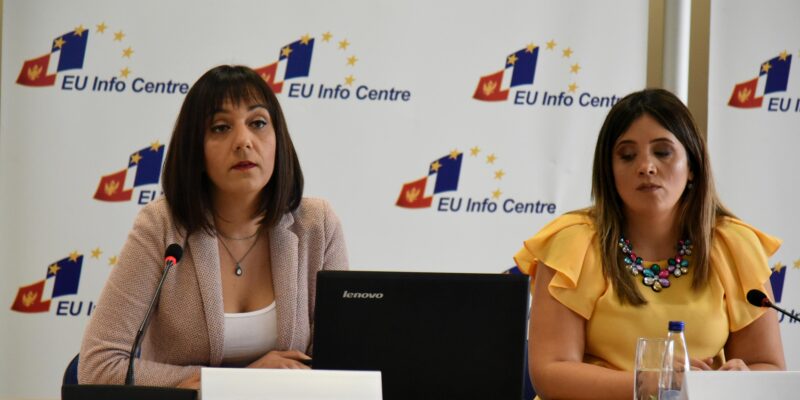 Every second respondent in Montenegrin digital media never gets paid for working overtime said today at presentation of the report “New media – old problems 2019” done by Trade Union of Media of Montenegro (SMCG).

The research of the situation in online media showed that as many as 63% say they work overtime, and just over 13% of employees have the luxury of getting the job done during regular working hours. Yet, every other respondent never gets the compensation for working overtime.

Bojana Lakovic Konatar, author of the research said that the majority of employees are female journalists, and most of them have a university degree.

“Almost all employees are, sometimes or always, in charge of some extra work, while as many as 73.3% of them are not paid extra for that extra work” said Lakovic Konatar.

As she said, the research finds that the working day of a journalist in digital media lasts the same as of the colleagues in other media (average eight hours).

“The SMCG has previously recognized this as a problem that we have tried to address in the negotiation on a new Branch Collective Agreement in the field of media, since the nature of work in digital media is much different than nature of work in other media. The SMCG proposed to employers in the media field to limit the working day to six hours for employees in portals, administrators and journalists who, in addition to journalistic work, perform technical tasks as well and to provide more frequent breaks for them in order to reduce the adverse health impact”, announced Lakovic Konatar.

As she said, the largest number of respondents said that their salary amounted to 500-600 euros, and receive it regularly (73%) and via bank account (83%).

“But there are also those who receive part of their earnings “on hand”, or illegally, which is a practice that must be stopped”, she warned.

Currently, on the Agency for Electronic Media’s website 61 electronic publications are registred, of which 45 are online news media. However, there is a large number of news media that have not yet been registered, and it is problematic that the news media and websites of certain non-governmental organizations are also registered in the same register and on the same way, which further complicates the evaluation of the current situation.

Marijana Camovic, President of Trade Union of Media of Montenegro said that the online media should be registered on the website of the Agency for Electronic Media and regularly update information concerning their media.

“Although there are sanctions for non-registering media, the media should recognize their interest in registering, thus providing the monitoring of changes in this relatively new media sphere”, said Camovic.

As she said, one more recommendation is that the Agency should, in its register, divide news media from other electronic publications, especially from web sites of non-governmental organizations. Although the register currently provides some information on the situation in digital media, having a separate media register would greatly facilitate the monitoring of the situation in this area.

“Online media should respect the laws, especially those governing working hours and work during the holidays, thus providing employees with decent working conditions and adequate working hours. Digital media employees should consider, as a way to improve their position, the possibility of organizing and joining trade unions to a greater extent than it is currently the case”, Camovic said.

The report summarizes the findings of two years of research and monitoring of the situation in online media. The document is part of the project “Union to Union – Digital media organizing campaign 2019”, which is traditionally implemented by the Trade Union of Media of Montenegro (SMCG) with the support of the International Federation of Journalists (IFJ) and the Swedish Union of Journalists.

Impunity leads to self-censorship, limits the space for free media and makes the profession unattractive for young people