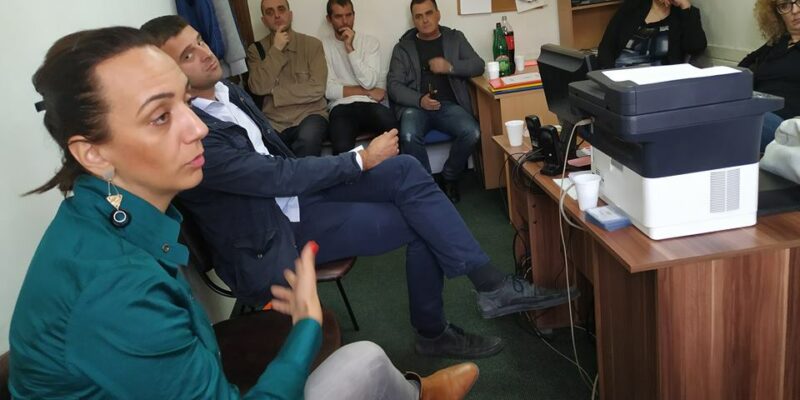 Most of the employees and the management of Radio Berane are against the establishment of Television Berane, which is still unofficial initiative, recently launched by the Municipality of Berane. This was announced during a visit of representatives of the Trade Union of Media of Montenegro to its members in the radio Berane.

Employees at this local public broadcaster are in the most difficult situation of all Montenegrin media for years due to the large debt for salaries and contributions. The local authorities, after meeting with representatives of SMCG in May, partly fulfilled the promise and reduce the debt from 9 to 7 salaries. On this meeting, they promised that by the end of the year, thanks to revised budget, the debt will be reduced to 4 salaries.

However, in the meantime, the municipality decided to establish the Television Berane. The biggest problem is the fact that both, the employees and the management, are completely uninformed about that. They say they are not against the further development and strengthening of their media but ask – how the municipality will be able to finance the television, which is much more expensive media, if has not been able to stabilize the situation in the radio for all this years? Instead of formation the television, employees are proposed further strengthening the portal of Radio Berane, which made a big hit and it already has a significant number of visitors. Much smaller investment in the portal could provide a significant amount of video content, which would be much more profitable than opening the television and also achieve a similar effect for informing citizens.

Therefore agreed that the SMCG and employees of radio Berane will again work together towards the municipality and ask for informations about the establishment of television and when the municipality plans to pay back all wages.

Together with IFJ for bigger trust in journalism