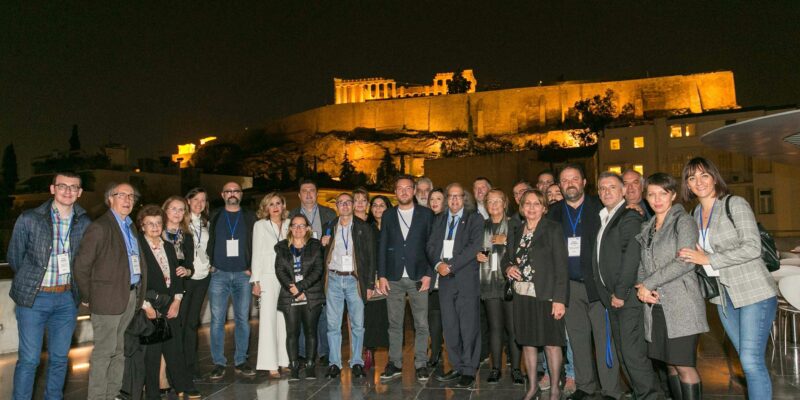 SMCG a part of a new regional group founded in Athens

Journalists unions across the Mediterranean and Black Sea region, including Trade Union of Media of Montenegro (SMCG), have launched a new group – Med-Solidaire – to build solidarity and a stronger voice for journalists in the fight for free and independent journalism.

21 unions and associations of journalists from 16 countries met in Athens to discuss the growing threat to journalists and journalism across the region from 4-6 November.

Delegates adopted a strong declaration rejecting the politics of division, manipulation and intolerance and committing themselves to campaigning to rebuild trust in journalism and sustain journalism as a common good.

The meeting, organised by the IFJ’s Greek affiliates JUADN and ESPIT, discussed the wide range of challenges facing journalists in the region, including their safety, press freedom and political pressure on media and deplored the increasing violence against media and the pressure on journalists from unscrupulous governments, politicians and extremists, all of which is creating a new climate for self-censorship where fake news and online hate can flourish.

A motion of support and solidarity with Palestinian journalists in their struggle against violence, intimidation and the denial of their rights was unanimously endorsed.

Delegates also condemned savage cuts in editorial departments and the violations of journalists’ rights at work by many media employers who in the face of a business crisis have abandoned the mission, ethics and values of journalism and called for active solidarity with the victims of the economic crisis.

They declared that professional and independent quality journalism exercised in conditions of respect for core labour standards, is vital to defend citizens’ right to know.

STOP THE PROCESS OF ESTABLISHMENT OF TELEVISION BERANE