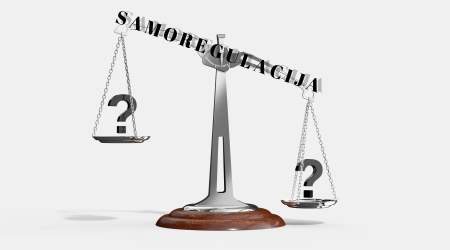 Media self-regulation is necessary and useful. It is unnecessary to waste time and prove that it is a useful mechanism by which the media community helps itself. It would be useful if it would be unique and binding on all media. The question is whether this is possible. It is realistic that a unique self-regulation of the media in Montenegro is not possible in the near future. The right question is how honest is the story about self-regulation. When you look at the general cacophony on the media scene, one might think that censorship was not so bad either. The journalist was clear, it was known what was unallowed, the intelligent and honest tried to overcome these restrictions and to make censorship meaningless. The media, or what is considered and presented as a form of media, today can boast on the relative freedom to write whatever even if it were a truth. The state of the media industry will continue to reflect the situation in society and it is unreasonable to expect of media to be better than society. Media literacy or the illiteracy of society depends on many things, and media influence is just one of the factors.

Organized forms of social life know some form of regulation. Rules of conduct are written and unwritten. Unwritten, customary, rules dominate over formal, written rules. Relations in society are governed by laws and customs – how well depends on society itself. Unregulated societies live on problems, feed on problems and parasitically multiply them. For spin doctors, without some form of self-regulation, journalists become hirelings. It is a characteristic of Montenegro that the divisions are diverse and permanent. It is futile to pretend that divisions are not real and they not exist. A cursory analysis would show that there are more truths and that the comments are not free and, of course, the facts are not sacred. The facts have taken a hit and the question is whether the public could agree on clearly visible things. Divisions in society have divided the media community, so “our” truth is significantly better and truer than “their” truth. The truth is certainly not one, we are right certainly, they are not. The atmosphere in which people who think differently are not “ours” but have become “theirs” is real, tangible. In such circumstances, the job of a journalist requires more of a strong stomach than knowledge and moral norms.

The best regulation are the general values of a professional attitude towards work. Success is when readers or viewers like to read or watch someone whose opinion they disagree. Honestly done job for a professional is sacred, whether it be a bricklayer or a journalist. An honest attitude towards the audience also implies saying what the audience does not approve. The devil is in the details, when truths that are not pleasing are told and respect is deserved, then it is a professional success. In the future, regulation and self-regulation will depend on journalists and any imposition is dangerous. Imposed norms and even the best ones will naturally provoke resistance. The invisible hand of the market (which market?) will not solve media problems. The media has no one but themselves and when the image in the mirror offends the viewer, that’s the best road to regulation. How long the road will be and how many victims will be on that road remains to be seen.

RTV Budva is an example of a stable media