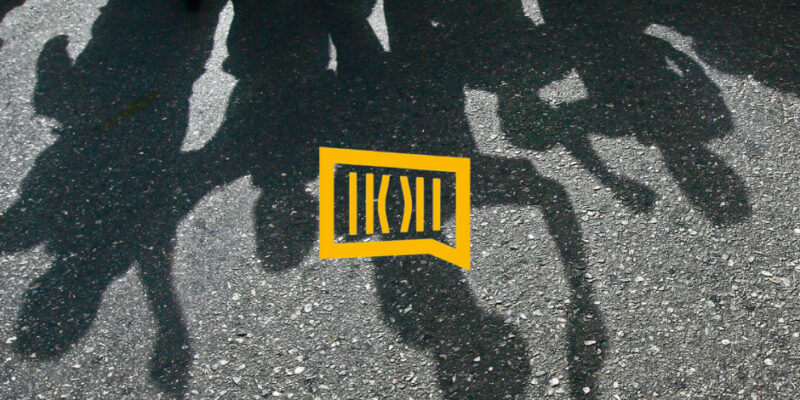 On September 10, 2022, the “Free Together” initiative held a protest at Victims of fascisms square in Zagreb under the slogan “We are firing you.” The protest organized because of the robbery in INA was directed against the government of Andrej Plenkovic and the HDZ. The protesters demanded the resignation of the government and the calling of early elections within 90 days and all referendums that have not been called so far. However, at the beginning of the protest, the protesters verbally and physically attacked the journalists who were reporting from there. First, HTV journalist and president of the European Federation of Journalists Maja Sever was verbally attacked, then Vecernji List journalist Bozena Matijevic and TV channel Vida journalist Bojani Guberac was insulted by one of the protestors roughly pushed away the hand in which the journalist was holding the microphone. One of the participants also insulted the recently deceased journalist Vladimir Matianic.

Maja Sever, HTV journalist and president of the European Federation of Journalists, reflected on yesterday’s event. “As a journalist on assignment for the show Sunday at 2 pm, I witnessed and was in a group of journalists who were verbally attacked by a group of protesters. During the rally, several protesters hurled a series of insults and accusations at journalists. Unfortunately, these situations have become part of our daily work. Yesterday’s events showed that we must establish a system of safe work for journalists, which will include risk assessment, protection, and support after an attack,” emphasizes Maja.

The Croatian Journalists’ Association (HND) strongly condemns the verbal and physical attacks on colleagues who reported on the protest, and the association reminds us that journalism is a public good and that the journalist’s task is to inform the public about everything that is happening in society, and such pressures make it difficult to work in the field. “This is worrying and reprehensible. People who are supposedly fighting for freedom would deny that same freedom to our colleagues who are doing their jobs. I repeat, what HND has been warning about for a long time is happening, which is the creation of a terrible and negative climate and environment for journalists. Therefore, we expect the authorities to react and finally start punishing such people. You simply cannot fight for your freedom and take it away from someone else. We ask that our colleagues be allowed to do their work in peace and safety. I know that among these people some would like to imprison and persecute journalists, but I can tell them that they will never succeed and that they will never crush journalists who are doing their job. That’s why I send my full support to all my colleagues who are reporting, and I tell the attackers that they are just cowards”, said Hrvoje Zovko, president of the HND.

The SafeJournalist network, which represents over 8,200 media workers in the Western Balkans, joins the Croatian Journalists’ Association in condemning the threats and physical attacks that journalists who were doing their jobs received and calls on the competent institutions in Croatia to quickly find and sanction the persons responsible for the verbal and physical attacks on persons performing tasks of public interest.

Each attack on journalists is an attack on the public interest, democracy, and rights of all citizens.