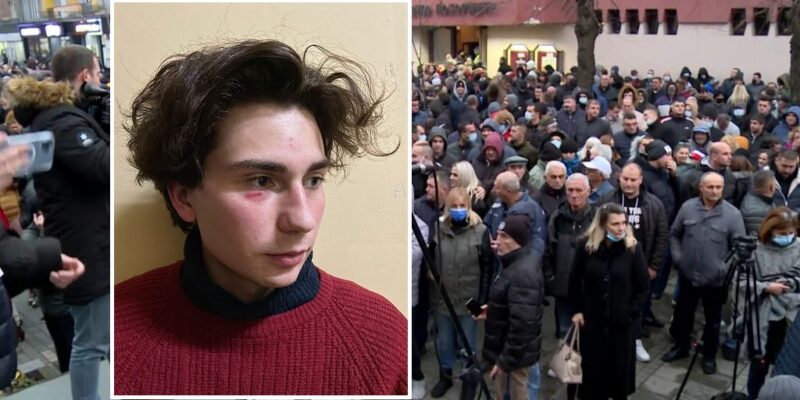 Freelance photographer and a member of the Independent Journalists’ Association of Serbia Andrija Vukelic was beaten, on Monday, November 30, during the gathering of the Serbian Progressive Party in Sabac. He covered the protest against company Rio Tinto and then he stayed in Sabac to photograph the SNS rally.

The ruling party held a counter-protest yesterday in front of the Basic Public Prosecutor’s Office in Sabac, since when “justice” was requested for their member Dusan Prokic, who was on an excavator on Saturday and clashed with one of the participants in the blockade, Dragan Milovanovic Crni. As a reminder, there were protests and blockades throughout Serbia, on Saturday, November 27, on the occasion of the adoption of the Law on Expropriation and the Law on Referendum in the Assembly of Serbia.

Andrija Vukelic said that at one point he had seen a crowd of big people in black masks and dressed in black rushing towards someone.

“I went to see what was happening and I saw two people beating to the right of the stage and how they were being carried. I saw them kicking and when I wanted to take a photo, I put the camera down and saw that I was surrounded by characters in black. One starts yelling at me ‘give me the camera’ and starts insulting me. Since I did not allow him to take my camera, they started punching me in the head and ribs and tried to knock me to the floor. At one point they hit me in the eye, I heard another man say ‘don’t, don’t, we’ll break up the set’ and then they managed to take the camera off my door because my belt broke. Then a crowd of them ran into the crowd towards the stage, and one character kicked me in the ass and started pushing me across the street. He told me ‘don’t go back to this side’, he said.

After that assault, he immediately reported the case to the police.

Our Network has been warning institutions and government officials for a long time that journalists are completely endangered. In the last only 15 days, we have had several attacks on journalists while they were doing their job, but we are afraid that this will not stop there.

The SafeJournalists network representing more than 8.200 media professionals in the Western Balkans, joins its member, the Independent Journalists’ Association of Serbia, in condemning this brutal attack on Andrija Vukelic. We request from the police to find these people, arrest them and prosecute them. 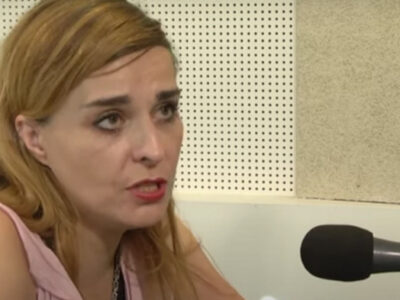 Journalist of  the daily ” Danas” Snezana Congradin was attacked on Milan Mladenovic Square during ...
By Sindikat medija
26/11/2021