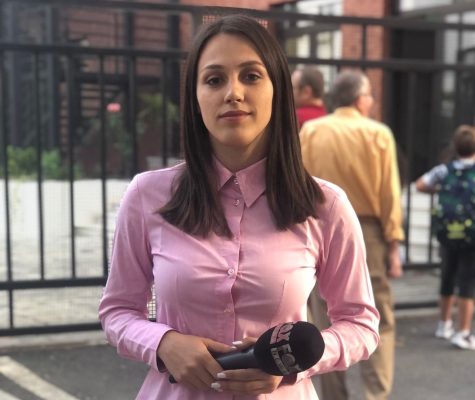 Fax News television journalist, Besarta Demushaj, on Tuesday (14.12.2021) was obstructed, kicked, and hit by two men while reporting on a story in Tirana. Demushaj explained she was responding to a tip from a woman who owned a shop on Hoxha Tahsim Street. When Demushaj arrived on the scene, the developer and his brother-in-law arrived and started to be abusive. They temporarily blocked the journalist inside the building and then grabbed her, hit her, and kicked her. Following the report of the case to the authorities by the journalist, the state police announced criminal proceedings against the two suspects.

Blerjana Bino, Safe Journalists researcher in Albania, stated that “this is particularly sensitive case because Demushaj is a very young woman journalist who does reporting from the field and as such faces multiple challenges. We all know that the situation is particularly frail for women journalists in the current Albanian media landscape so these cases cannot be tolerated. The Police authorities reacted immediately which is commendable, but proper follow up and transparent investigation must be ensured”.

Earlier in December, Fax News team was in Vora, a municipality close to capital city Tirana, where residents were protesting for a road segment that was in poor condition. However, representatives of the municipality – who were present while the journalist was reporting – did not allow the residents to hold their protest. Video footage shows that they tried to prevent Fax News journalist Jonida Omeri and her team from covering the protest.

This is yet another attempt by public authorities to obstruct the work of journalists and media reporting, impeding them to give voice to citizens and their struggle vis a vis the state, added Bino.

SafeJournalists Network, representing more than 8,200 media professionals in the Western Balkans, stands in solidarity with Albania colleagues of Fax News and condemn these actual attacks. We request proper investigation of the case of Besarta Demushaj and transparency about the results of the investigation. Also, our network wants clear condemnation of attempt by local authorities to obstruct the work of journalists and practicing a zero tolerance towards attacks on journalists.