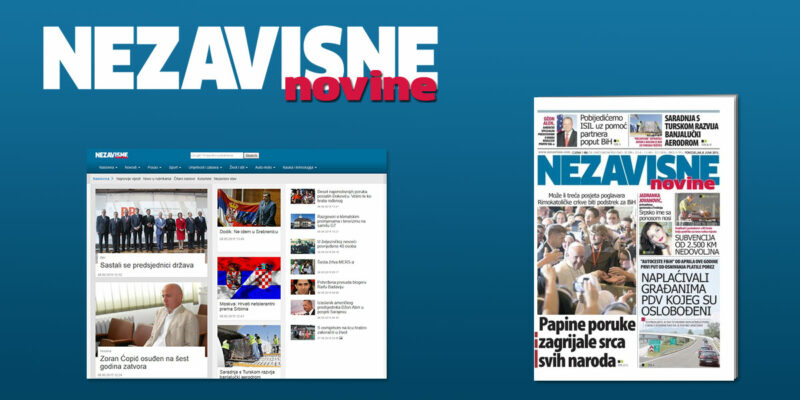 After receiving death threats, editor-in-chief of Nezavisne novine Sandra Gojković-Arbutina is worried that the state will again fail to identify and sanction the perpetrator.

In the early afternoon of December 17 the editorial office of Nezavisne novine from Banja Luka received a call from an unknown number. After a man said – “Close the offices earlier, you will be dead today” the journalists informed the Ministry of the Interior of Republika Srpska of this direct death threat. The police are investigating the incident.

Speaking to SafeJournalists Network Sandra Gojković-Arbutina, Nezavisne novine editor-in-chief, said it not the first, and probably not the last threat the media she runs received.

“What worries us is that the system generally does not take threats to the media particularly seriously. Usually it all ends with “It’s probably some fool, don’t worry.” – Gojković-Arbutina said – “But we, after all, don’t know if “some fool” is ready to do more. It was not pleasant for anyone at Nezavisne office to continue with work normally despite this being our everyday work experience. I am especially worried that the media are exposed to such things almost daily, and that it almost became a part of our work. No, it cannot be a part of our work and each of these threats must be investigated and prosecuted.” Gojković-Arbutina emphasized that in cases like this, even when they undergo police processing, the prosecution generally estimates that there are no elements for further proceedings. “That is unacceptable.” – she concluded.

BH Journalists Association, member of SafeJournalists Network stated that aggressive threats with possible, serious consequences on the life and professional integrity of Nezavisne novine employees represent a serious attack on freedom of expression and safety of journalists.

SafeJournalists Network, representing more than 8,200 media professionals in the Western Balkans, joins its member BH Journalists Association in condemnation of the threats. We express serious concerns regarding the lack of appropriate action by the national authorities that would deter such cases. No journalists should take threats, verbal or physical, nor attacks as a part of their everyday work. We expect national authorities to do more to secure the safety of journalists at their offices, when reporting and at home. To start with, they must investigate such incidents much quicker, identify and sanction the perpetrators.

TUMM published research on the impact of coronavirus on digital media