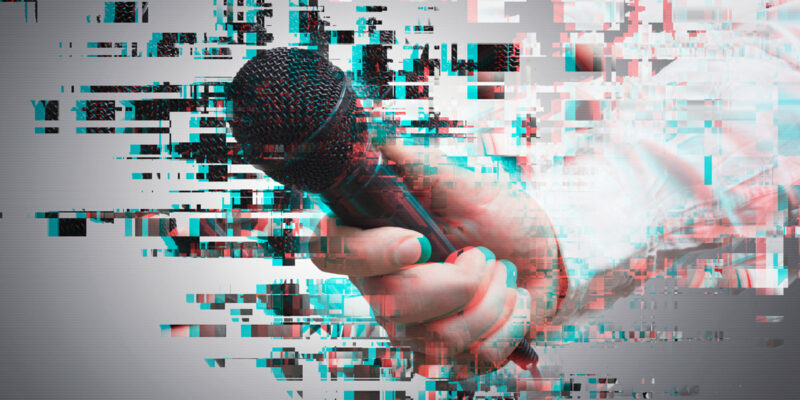 On World Media Freedom Day – May 3, media freedom state in Montenegro, which has been generally weak so far, is further jeopardized by the fact that media workers have faced a series of attacks, insults and harassment in recent months, while the economic and social status a large number of employees are still poor, and incomes are below the national average and certainly far from the importance of our profession.

In the last two months alone, there have been as many as six cases of verbal and physical attacks or threats, insults and humiliation of journalists and media workers, and in half of the cases this happened while they were on work assignments where they were just doing their job. Some of these attacks are motivated by disagreement and open hatred towards the editorial policy of the media or the work of journalists, which shows a great lack of understanding of the role that the media and their employees play in a democratic society. Attacks are often the product of the heated political situation in Montenegro and we fear they could continue. That is why it is very important for the police to recognize the risks in the coming period and protect journalists and media workers while reporting from the event. It is also necessary for prosecutors and judicial authorities to do their part of the work efficiently so that these cases are fully solved and the attackers punished. We also demand that decision-makers urgently amend the Criminal Code in order to toughen penalties for attacks on journalists and prevent journalists from performing their professional tasks, and in order to protect media workers in a very difficult and challenging time for their profession. It is also necessary to finally start resolving from the deadlock the most difficult cases of attacks on journalists, such as the murder of Dusko Jovanovic, where we still do not know who the killers and masterminds are, and attack on Olivera Lakic, where there are no indictments yet, although the authorities claimed that solved the case.

The poor state of media freedom in Montenegro is also complicated by the coronavirus epidemic, which has further degraded the economic and social position of some media workers, mostly in some local public broadcasters. The epidemic exposed the difficult situation in these media, where salaries are late for years, debts for taxes and contributions are accumulating, and some are threatened with bankruptcy. The biggest responsibility for that lies with the local self-governments that founded these media and then did not give them sufficient amounts from the budget to function, so many local public broadcasters became dependent on the will of political structures in power in municipalities, which endangered the editorial independence of these media. We believe that it is high time that we finally get the new Law on Audio-Visual Media Services this year and that it systematically resolves the situation in these media and ensures their financial sustainability and full independence in reporting.

The epidemic has led to a significant increase in the workload of employees in private media, and many of them are not adequately rewarded for this, although the Government and the Agency for Electronic Media have repeatedly financially supported private media through salary subsidies, direct grants, debt forgiveness or providing more favorable loans. Once again, we call on all private media owners who have not done so to adequately reward their employees for their work and labor during the epidemic, when many of them were exposed to the dangers of infection, just to perform their professional tasks.

In addition to these, there are numerous other problems such as: work restrictions and poor status of photojournalists, unsatisfactory level of self-regulation in the media, various pressures and unauthorized influences on the work of media and journalists, censorship and self-censorship, growing misinformation and fake news… Addressing these issues should be a priority for the media community and media employees. Despite all the differences, we must be united at least in the fight to improve our economic position and resolve attacks on journalists, but also strive to improve professional standards in order to meet the demands that the period ahead will bring. The solidarity of the media community, to which SMCG has been calling for years, may sound like a cliché, but without it, there can hardly be a better day for all, or at least most, media workers in our country.

Main board of Trade Union of Media of Montenegro