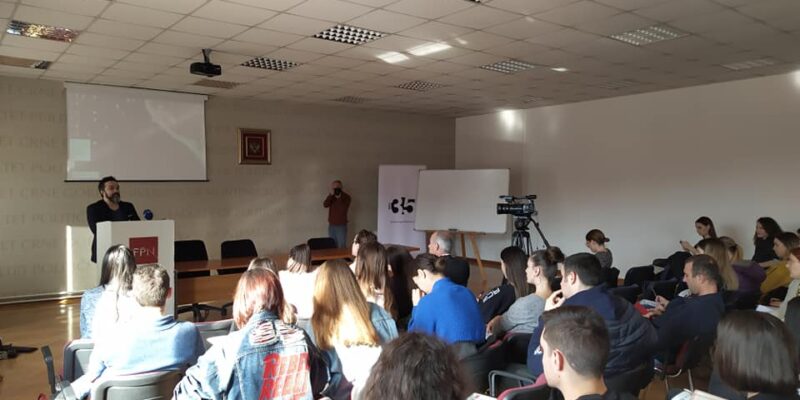 Almost 70 % of published articles in Montenegro newspapers and news agencies were published by consulting just one source, while 15 percent contained some form of manipulation. This happens more often in the headline than in the text, and the affirmation of business through hidden advertising is often.

These are data from research “Analysis of the Montenegrin Media – Standards, Manipulation and Objective Reporting”, conducted by the Trade Union of Media of Montenegro from January 22 to April 22 2019.

During the monitoring of the press (Pobjeda, Dan, Vijesti and Dnevne novine) and the news agency Mina, total of 7,746 articles were analyzed. You can download the full report here.

“This research identified several very interesting indicators – characteristics of all media, regardless of their editorial policies and approach to journalism. Thus, for example, no one is immune to sensationalist headlines, all media, without exception, “arrange” some news at the way which is on the edge of objectivity. It seems like the purpose of such texts is to send a message which is consistent with editorial policy, and at the same time the facts are set aside”, said in the Analysis.

After reading each text, the SMCG team who worked on this monitoring answered 26 questions. The principles for the analysis of the texts were agreed with the mentoring assistance of experts from the Faculty of Political Science. The analysis or monitoring, was based on a quantitative and qualitative analysis of media releases, where each question was one indicator which was monitored and compared.

“Although professionally written texts are predominated, the analysis showed that every fifth text in the title had some form of manipulation. The vast majority of texts (77%) relied on information obtained from official sources. Also, it was noticed that dozens of texts don’t have a source”, said in the Analysis.

The research showed that journalists generally do not try to find more interlocutors but they write texts with one or at most two sources. In the analyzed period, the media mainly consulted just one source (68.5%), while in slightly more than 14% of texts they consulted two sources. For the most part, the media published texts that respected the principle “comment is free, facts are sacred.”

“The research showed that the vast majority of texts were correct and there is no manipulation in them. Nevertheless, it was noted that manipulation was found in the texts that most influenced public opinion and which were key articles in the analyzed period. Manipulation was detected in 15% of the analyzed texts. The most common type of manipulation was media framing (10.5%), and hidden advertisements and pseudo-events are in the second place”, says in the Analysis.

Monitoring of published texts in news agency Mina and Mina Business showed that in most cases (96%) the reason for writing a text was some current event, while the 33 texts was initiated by journalists.

“In most cases, only one source (75%) is quoted in the texts, indicating that neither the agencies are immune from transmission of serviced information, press releases and consulting fewer number of sources than is necessary for a professional text. However, this fact is not surprising, given that mostly service information and short news were published. Research found that manipulation was present in a negligible number of cases (1.2%)”, says in document.

The research “Montenegrin Media Analysis – Standards, Manipulation and Objective Reporting” is part of the project “DO – Investigative journalism, DISCOVER – Media literacy”, conducted by SMCG as a partner organization in cooperation with a NGO 35mm, the Faculty of Political Science of University of Montenegro (FPN) and the Crime and corruption reporting network – (LUPA).

The research was preceded by a year of work, which included preparation and training for 20 students on media literacy, followed by a period of mentoring, monitoring and analysis of several Montenegrin media.

SMCG HAVE JOINED IFJ CAMPAIGN TO STOP VIOLENCE AGAINST WOMEN

Regional Platform: State Prosecutor’s Office of Montenegro to examine the conduct of its prosecutor