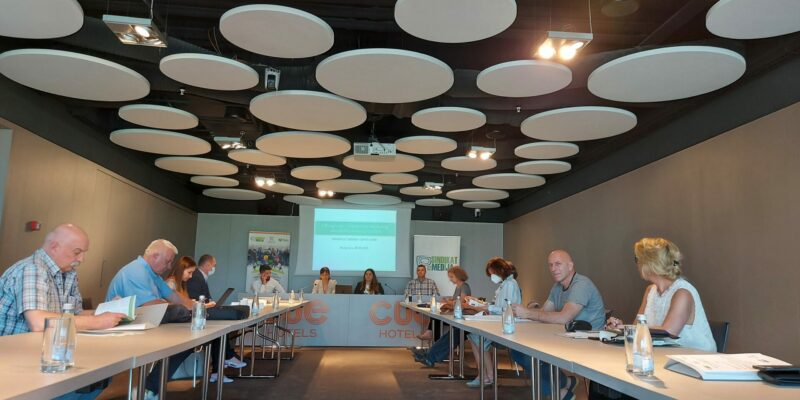 Organizations dealing with media in Montenegro must cooperate more in solving common problems and it is necessary for the media community to start a continuous dialogue on that, it was assessed at the round table organized today by the Trade Union of Media of Montenegro (SMCG). It was announced at the meeting that a joint initiative would be proposed to the Government and the Parliament for urgent amendments to the Criminal Code in order to toughen the penalties for attacks on journalists.

Beside members of the SMCG, representatives of the Montenegro Media Institute, Media Center, Association of Journalists of Montenegro and the Civic Alliance participated in the discussion “Improvement of Media Legislation in Montenegro”.

Media Institute has proposed working together on a media literacy strategy, and strengthening capacity in the digital environment and the new technological conditions in which journalists work.

Representative of the Media Center pointed out that ethics must be a key topic of the media community. Journalistic and marketing texts must be clearly separated, in order to improve the credibility and level of trust in the media, it was pointed out from this organization.

The proposal of the Association of Journalists of Montenegro was that professional associations form a single, independent journalism club, which would have a common position on the definition of journalists and the basic postulates of impartial work. They also suggested that discussions similar to today’s be held in several municipalities, in order to strengthen cooperation with local journalists who, for the most part, work in difficult economic conditions.

Civic Alliance suggested that professional associations work more on educational programs for journalists. The representative of this organization also pointed out the necessity of providing free legal and psychological assistance in cases of violations of the rights of journalists and other media workers.

The round table is one in a series of activities organized by SMCG in order to strengthen cooperation between professional associations and media workers, and to change the legislation in order to improve the media environment.

Round table is part of the project “Improving Dialogue between Journalists’ Associations and Parliaments in the Western Balkans for a Stronger Civil Sector” funded by the Swedish International Development Cooperation Agency (Sida) and implemented by the Balkan Civil Society Development Network (BCSDN).

Second round table on media legislation