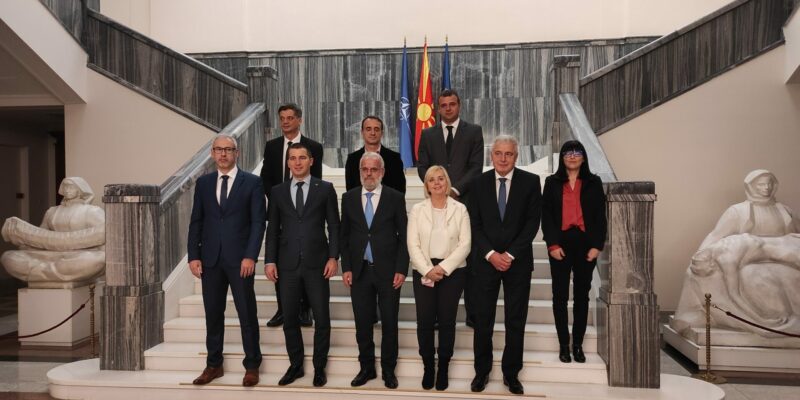 The President of the Parliament of Montenegro Aleksa Becic and the Vice President of the Trade Union of Media of Montenegro (SMCG) Radomir Krackovic, together with representatives of parliaments and journalists’ associations from Serbia, Bosnia and Herzegovina and North Macedonia, signed yesterday the Declaration on Improving Dialogue on Media Freedom in the Western Balkans.

The aim of the Declaration is the joint work of parliaments and journalists’ associations and trade unions in the region in order to improve the working conditions of the media and journalists, improve their safety and strengthen media freedom.

The signatories undertook to work together to improve existing regulations, especially criminal legislation, in order to strengthen the protection of journalists’ safety and create systemic solutions to ensure safe working conditions for media workers.

One of the goals is to improve the legal regulations in the field of hate speech and the spread of intolerance on national, religious, cultural, political or any other basis. Also, support for strengthening self-regulatory mechanisms and trust in the media will be one of the goals of the signatories’ cooperation.

SMCG Vice President Radomir Krackovic said that the event is important because it initiates a dialogue on improving the working conditions of journalists, but also journalistic standards in the Western Balkans, from which societies and citizens can benefit the most.

“During this year alone, SMCG registered 25 cases of attacks, threats, pressure, insults or obstruction of journalists and media workers, which is a large number for a country with such a small population. This negative trend is largely the result of strong social and political polarization in Montenegro. In that part as well, parliamentarians, as representatives of citizens but also of opposing political options, have a great responsibility to influence the reduction of deep divisions, which would enable better conditions for the professional work of journalists” said Krackovic.

The President of the Parliament of Montenegro, Aleksa Becic, said that the intention of this legislative institution in Montenegro is to truly be the home of all citizens.

“I want to restore the trust of the citizens, and we will succeed in that only in cooperation with you, the journalists” Becic said before the signing of the Declaration in Skopje.

By signing the Declaration, representatives of parliaments in the region and journalists’ associations and trade unions agreed that similar regional events should become a tradition. It is planned that in the coming period, in addition to Montenegro, Serbia, Bosnia and Herzegovina and North Macedonia, other countries in the region will be included in the dialogue.