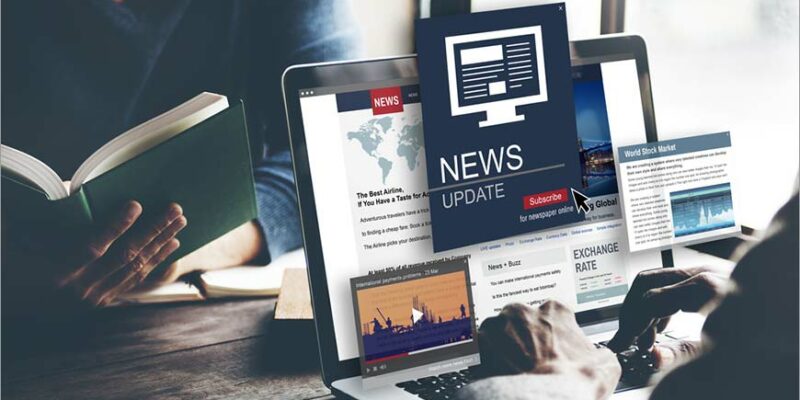 The mode of communication, with the emergence of online media, has transformed itself from the traditional – linear model into interactive one- dialogue with the audience. Journalism has experienced changes at several levels, and besides the way of communication, the most obvious changes are in the way of reporting, operation and functioning of the media. The searching process, creating and distributing media content is no longer exclusively related to journalists, because now all citizens can participate in this process.

What previously was the task of the media and their employees, now implies other social actors. The new dynamics of this relationship result in new dilemmas typical for journalism of the new era.

The growing presence of online media and the ethical dilemmas that characterize them are opening up new theoretical discussions, which raise many issues that are very consensus-less.

The contemporary dynamics of media and audience relations have caused a certain collapse of professional standards, especially in countries where online media are still insufficiently (self)regulated, such is the situation in Montenegro. Portal racing to be the first, to have exclusive information, better reach, more clicks and stronger impact, result in frequent violations of basic journalistic standards and ethical principles that should form the basis of journalism no matter for what type of media they are working.

The online media must have the same professional and ethical principles that rely on the principles of freedom of opinion and speech, impartiality and independence of the media and the content they make. These are the fundamental values ​​of journalism, profession that must be in the service of truth.

However, due to the specifics of web journalism, it is important to establish new specific rules, which would serve as guidelines for journalists in day-to-day work and to improve the level of respect for professional and ethical standards.

Examples of good practice of large world media show that the establishment of internal policies in online media newsrooms may be the most effective model for resolving the number of dilemmas. Recommendations for hov to deal with critical situations would in any case be useful for newly emerging dilemmas, specific only for new media.

Modern technology has led to the fact that the journalist as an author is present more than ever before, and therefore their behavior should not lead to a doubt in the ability of doing their work professionally and impartially. Media content is no longer limited to the topic, but through the interaction of the audience, the personality of the journalist is questioned. An example there are comments on portals and social networks, which have become an inseparable part of the text, which opens up new channels of mass communication and information distribution.

User-generated content (UGC) whose main feature is that they do not appear isolated, but exclusively with the media content that is the subject of comment, are another of the specifics about which a fierce discussion is held within the proffesion. Eternal dilemma – freedom of speech vs. hate speech, the emergence of online commentary is further problematized. Never before had the audience had any more opportunity to express their views on a topic, but no more opportunities to abuse that possibility. It is precisely because of the importance of comments, as well as due to the sharp clash of whether and in what way should be moderated, this is one of the biggest dilemmas that practitioners in journalism face.

The emerging circumstances, the specificity of the online media, and web journalism can not, however, be an excuse for disregarding the basic standards and principles. On the contrary, it is precisely this that should motivate the media to find a way to deal with them and to solve them so that the dignity of the profession is restored. It is up to the media, as well as to the journalists, to conscientiously deal with their call and strive to make their work more ethical.

Do not put pressure on journalists to reveal their sources