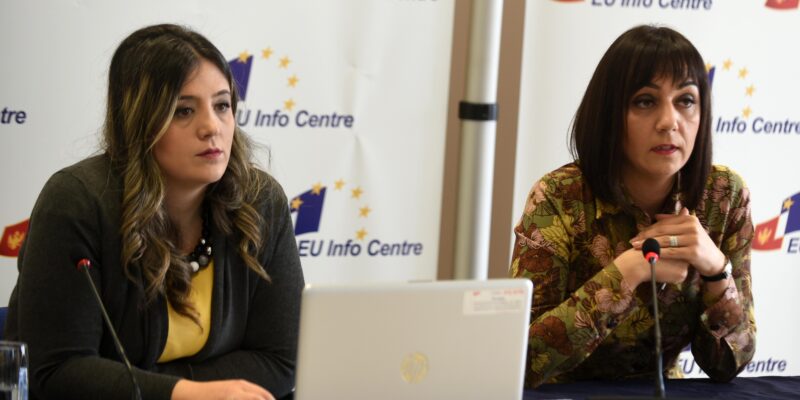 The changes that took place on the media scene in Montenegro and in the media per se during the last year were not significant and did not increase the freedom of the media or the safety of journalists – it was emphasized on the presentation of the third report “Indicators of the level of media freedom and security of journalists – Montenegro 2018” prepared by the Trade Union of Media of Montenegro.

The report was produced in the framework of the EU project Western Balkans Regional Platform for advocating the media freedoms and the safety of journalists, and the authors are Marijana Camović and Bojana Laković Konatar. The period from September 2017 to September 2018 was monitored through three parts: legislative framework, working conditions in the media and the safety of journalists.

Laws have not been changed but changes of all media laws are in progress. According to Camovic, the Law on Media is planned to be changed in detail, and it is planned to make changes in terms of media registration, transparency of ownership, records of money received by the media on the basis of marketing, and the establishment of a media pluralism fund in which it would be highlighted 0.03% of the state budget and from which the money would be received by all commercial media. “The proposals of the Trade Union of Media of Montenegro which were related to the introduction of the obligation of the media to have a statute specifying the manner in which the editor-in-chief will be appointed, as well as the introduction of guarantees that the text in the public interest will be published regardless of the attitude of the owner have not been adopted. It was an attempt to reduce the autocensure, censorship and influence of the owners on editorial policy, as pointed out by the experts of the Council of Europe, pointing out that this phenomenon is a Montenegrin specificity, but there was no understanding at the level of the Working Group for these ideas”, Camovic said.

The report included a survey of 136 journalists and editors, accounting for 17 percent of employees in media sector.

“More than a third of the interviewed journalists (35%) receive a salary of 400-500 euros, and every third journalist receives less than 400 euros. Every fifth journalist is lucky enough to have a salary of 500-600 euros, and only 12.5% of journalists receive a salary that is more than 600 euros. Wages in private media are higher than those in state ownership. The research also showed that editors were not willing to talk about their wages, that journalists mostly receive less than 500 euros, but also that there is a big difference between earnings of editors and journalists, which affects the average salary in the media”, said Lakovic Konatar, recalling that the average salary at the state level was 510 euros.

As many as 63% of respondents said that the journalists’ working hours had somewhat increased in the previous period, and as she said, the survey once again confirmed that journalists are experiencing their economic position all the worse year after year.

“Every fifth journalist is not free to join the union,” said this year’s research. Even 8% of the respondents answered the question “Are you free to join one of the unions?” responded “I do not know”, which may indicate the fact that they are afraid of the consequences that a “more open answer” would bring. When it comes to the union’s engagement of respondents, 38% said that they were part of one of the trade unions, while 60% said they were not a member of any union”, Lakovic Konatar said.

In the second place, for the second year in a row, there are media managers, who according to opinion 53% of interviewed journalists influence them to some extent (partially, very or very). On the other hand, 42% of the respondents pointed out that they had little influence or did not affect their work at all.  The influence of managers is most obvious in private media, as evidenced by the research that showed that every fourth respondent faces such a problem, and pressure from managers is mostly felt by journalists (35%).

From the beginning of July 2017 until the end of June 2018, the Police Directorate (UP) of Montenegro recorded 9 events related to attacks on journalists, media employees and media assets. Two cases registered in the second half of 2017 relate to threats sent to a former journalist who is currently in the leading position of one political party. That is a reason why SMCG registered seven cases on web platform safejournalists.net.

The SMCG monitored everything that was happening in the prosecution, the police, and the courts in cases of attacks on journalists and those in which journalists were prosecutors or defendants.

The case of Jovo Martinovic, who was first sentenced to 18 months in prison for being a member of a criminal organization dealing with drug trafficking, was also observed. SMCG disagreed on this verdict because we believe that Martinovic was wronged.

The latest event is the pronouncement of the first instance verdict of a person who jeopardized the safety of journalist Vijesti Jelena Jovanović, threatening her at her workplace.

EFJ: Authorities to solve cases of attacks on the journalists