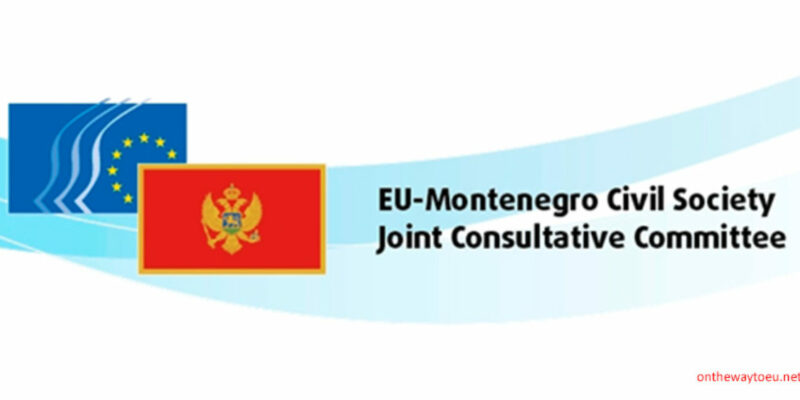 The members of the EU-Montenegro Civil Society Joint Consultative Committee (JCC) in the Declaration adopted at December meeting urged to Montenegrin authorities to provide the legal framework which would ensure the independence of journalists and editors from managers, media owners and advertisers, to provide protection against unethical behavior, and reduce censorship and self-censorship.

In the joint Declaration adopted after the meeting, held on December 19, in Brussels, the JCC members called upon Montenegrin authorities to ensure full respect for workers’ rights in the media sector.

“The JCC considers that all journalists and editors, as well as media owners, should respect existing domestic and international standards and journalism codes of conduct. It believes that media that have their own ombudspersons should lower restrictive requirements for filing complaints about violations of journalists’ case and enable all interested parties to file such complaints“, states the Declaration.

The report for the media sector was presented at the meeting was developed by Marijana Camović, President of the Trade Union of Media of Montenegro (SMCG). It was presented by Srđa Keković, General Secretary of the Union of Free Trade Unions of Montenegro, who is co-chairing the current JCC (2015 – 2018). The conclusions for the media sector are derived from this report, and among other things it contains the findings from the recently presented SMCG report on the level of media freedom and journalists’ safety in Montenegro.

The EU-Montenegro Civil Society Joint Consultative Committee (JCC) is one of the bodies set up under the Stabilisation and Association Agreement between the European Union and Montenegro. It enables civil society organisations from both sides to monitor Montenegro’s progress towards joining the European Union and to adopt recommendations for the attention of the government of Montenegro and the EU institutions. This body consists of twelve members, six from each side, representing the European Economic and Social Committee (EESC) and Montenegrin civil society.

When it comes to media the JCC notes that Montenegro is still ranked 106th (out of 180 countries listed) in the 2017 World Press Freedom Index and that freedom of expression, and freedom of the media in particular, remains a serious concern.

“The JCC once again calls upon the authorities responsible to take appropriate measures to create a safe environment for professional and independent investigative journalism, free from political and economic pressure. It believes that advertising using public funds should be strictly and objectively regulated”, states the Declaration.

The JCC has called once again upon the authorities responsible to investigate effectively all outstanding cases of violence against journalists, particularly those where prosecution risks becoming time-barred, and to take measures to protect media professionals and other civil activists from these types of attacks.

“The members of the JCC note with concern that local public broadcasters find themselves in a difficult financial situation and ask the Montenegrin government to regulate the financial sustainability of these media”, states the Declaration.

In 2017 the Trade Union of Media of Montenegro repeatedly pointed out to the competent state authorities on the cases of attacks on journalists being under risks to become time-barred as well as on the cases for which the statute of limitations expired (for example, the case of Mladen Stojović beating). Regarding the problems faced by employees of local public broadcasters due to the unstable financing SMCG organized presentation of the legal analysis on the position of these media and the rights of journalists in the media laws of Montenegro, which also contains proposals for amendments to the Law on Electronic Media.

The next JCC meeting will be held in Montenegro in the first half of 2018.

Some improvements, old and new issues