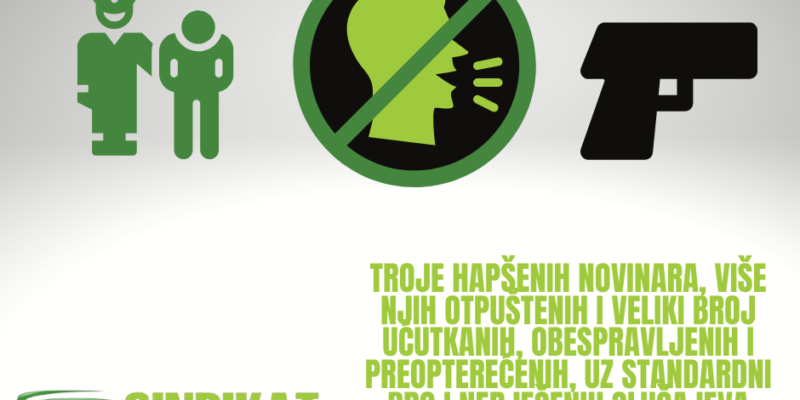 Employees are in the same problems as in previous years

Three arrested journalists, several of them fired and a large number of silenced, dis-empowered and overburdened, with a standard number of unsolved cases of attacks on journalists – is a state in which Montenegro celebrates World Press Freedom Day, it is stated by the Trade Union of Media of Montenegro (SMCG).

“While commercial media owners are recording revenues (as evidenced by publicly available data for 2019) and can happily rub their hands on the abundant financial aid received and announced from the state, employees are in the same problems as in previous years. In the private media without the voice and in perpetual fear of dismissal, in local public broadcasters almost without earnings, and in the Public Service under various pressures and also in fear of dismissal due to publicly expressed opinion.

It is logical that employers do not try to change this situation, or even start to obey the laws that oblige them to treat employees with dignity, but the state, which guaranteed some rights to workers by those laws, does not try to enforce the employers to apply the law. To make the situation worse, the state representatives themselves do nothing to change the general situation. The only news is that they are increasingly giving themselves the right to declare what is fake news.

The set of amended media laws, despite numerous announcements, has not yet appeared before MPs and no one mentions it anymore, and thus, even those few new rights for employees contained in the proposals cannot be used. Attacks on journalists have not been solved and for some, such as the murder of Dusko Jovanovic, it is clear that they will not be solved. Police and the prosecution said the 2011 and 2014 ignition cases of Vijesti vehicle were illuminated, but did not say the motive behind the attacks. Similar was the case last year with the wounding of Oliver Lakic, but after that nothing has happened and there are no indictments.

The corona virus pandemic has brought new challenges, so we first watched news conferences without news crews, and now journalists are allowed to attend conferences of the National Infectious Diseases Coordination Body (NKT) while photographers and cameramen are not. We demand that this be urgently changed as we do not see the logic of allowing part of the media workers while discriminating the others. They are not allowed to attend events organized by the Government or the Assembly. The invocation of epidemiological risk in this case is not justified because if some can , then the other would have to attend too. The NKT, with its recommendation, terminated the job of photographers and cameramen, and with the restriction began much earlier, it resulted in the dismissal of a number of colleagues.

We seek and call for the solidarity of our colleagues. Let us be in solidarity with the people in the media in which we work, but also with all media workers, because the divisions they impose are not ours, but also because it has repeatedly shown that we are all the same for the consequences and that only united we can fight for a better position”, it is stated by the SMCG. 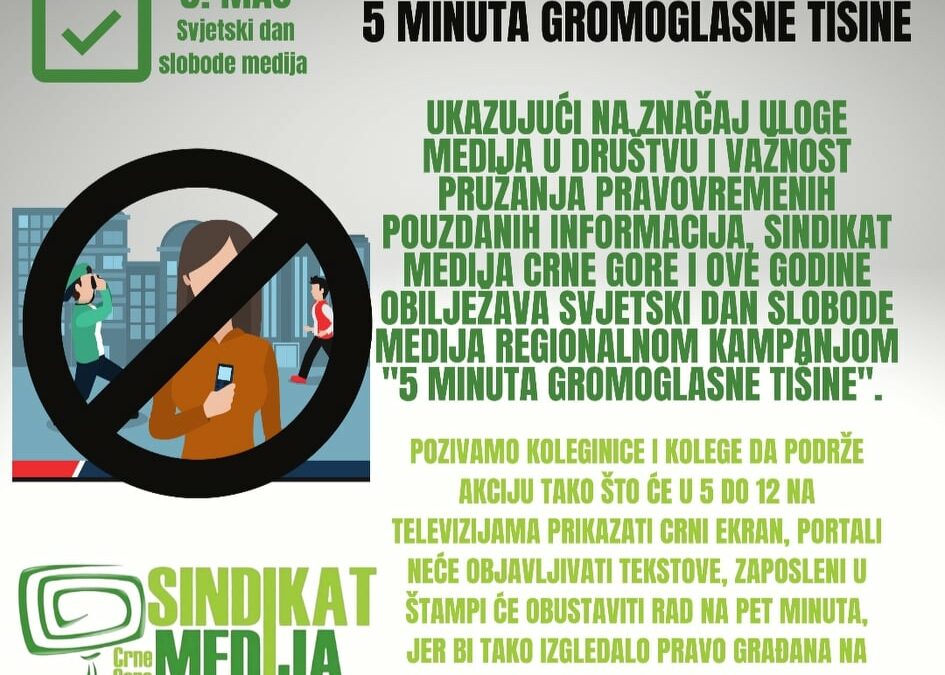 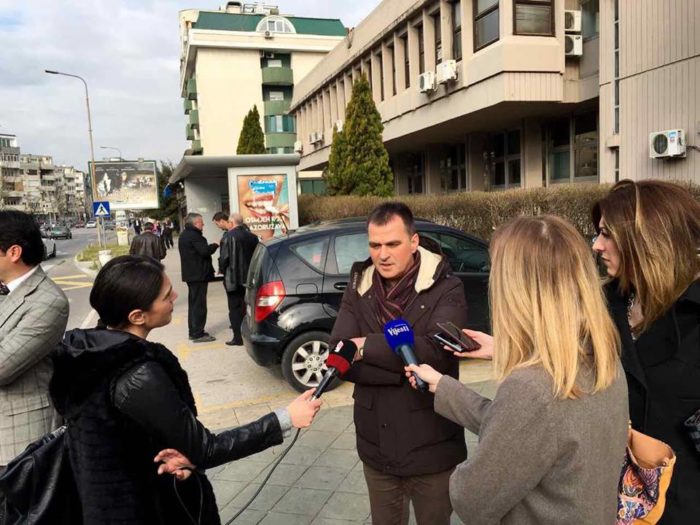