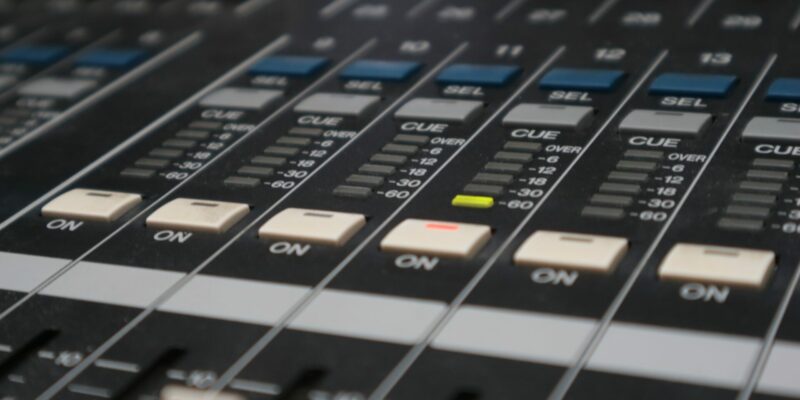 Irregularly paid and low wages, high political influence, and poor technical and technological working conditions are the main problems that employees in local public broadcasters face with. Some of them hope that the Law on Audiovisual Media Services, which, if adopted in the form of the current Draft, could increase budgets for local media.

Employees of the Radio-Television Herceg Novi (RTHN) have been trying for years to sign a collective agreement, however without success. Frequent changes of directors further complicate the working conditions. The number of employees has increased to 29 in Television, and 11 in Radio, out of whom six are portal employees. However, the portal is not mentioned in employment contracts, as a separate category. The work of employees on the portal is, therefore, not considered as added value, while at the same time, they are expected to possess all the skills needed to work on the portal. The payment of taxes and contributions on employees’ salaries are seven months behind, says RTHN journalist Dragana Vlaovic.

“At first, there was only radio, and then when it came to launching television we tried to prove that the project was unsustainable,” Vlaovic points out.

She believes that the advantage of working in a local public broadcaster is that employees have the security that they will not lose their jobs if they go on sick leave, but that it is difficult in every other sense.

As she says, regardless of the fact that there is always a certain amount foreseen in the municipal budget if the money is not paid it is not possible to do anything, “They give you what they give you,” Vlaovic says.

In Radio-Television Rozaje (RTR), salaries are late and have not been paid for several years. This local broadcaster has two debt rescheduling programs – one for 20 years, which is paid regularly, and one amounting to 30,000, which is not paid regularly, as RTR employees claim. The editor of RTR Rozaje, Enes Gusinjac, says that no contributions have been paid since April 2018 and that they are not included in the debt rescheduling, and the amount in question is about 260 thousand euros. In addition, this medium is obliged to return funds from the EDO project. This project aimed to employ people with disabilities, and over 100 thousand euros were allocated for it. These employees, however, were fired before the end of the project.

The total debt of RT Rozaje (RTR) is around 580 thousand euros. The allocated budget for last year was 185 thousand. Employees fear of bankruptcy.

Gusinjac, just like a colleague from Herceg Novi, believes that it is a big mistake that television was formed on the radio budget, and the number of employees increased. They currently have 28 employees and two people work on the portal.

“The problem of local public broadcasters goes beyond the capacity of local government to solve it. Therefore, the Government should get involved,” Gusinjac added.

RTR also asked the Turkish agency TIKA for help. “We should have got new premises, but even that has been called into question. In addition, employees’ lawsuits due to reduced salaries and coefficients are also a problem. Many employees have already won court cases”, says Gusinjac.

He assesses that the overall situation is a result of great political influence. “Employees are often fighters for political parties who have nothing to do with the media,” Gusinjac said.

He concludes that the Law on Audiovisual Media Services, if adopted, could help local media.

Employees of Radio Ulcinj did not receive a single salary in the first five months of this year. The bank account of that media has been blocked since January, and telephone lines were suspended in May. After a series of meetings with local leaders in June, the bank account was unblocked and employees were paid two net salaries. However, 15 salaries remain unpaid. Taxes and contributions have not been paid regularly since 2010. Until 2015, this obligation was taken over by the local government through debt rescheduling. The next debt rescheduling is concluded for the period until 2017, and it should be paid for by the company itself, which, of course, the company is not able to do.

Working in this Radio is very difficult and ungrateful, says Esat Mehmeti, the only journalist employed in the Albanian-language newsroom. “Apart from the music program, we only manage to fill in the terms provided for the news. We persistently try to explain the importance and purpose of local radio, the need to refresh newsrooms with new staff and the need for new equipment and better audibility, but for now it does not reach the current leadership of the Municipality, i.e. the Municipal Assembly that is our founder”, Mehmeti concludes.

Anyway, the debts of the Radio increased to about 295 thousand Euros.

Politics is a special story. Local political actors have their favorites among the private media. Except declaratively, they have no other interest in the local public service, which is at disposal for everyone.

The situation is also difficult in Radio-Television Pljevlja. Employees are owed two salaries, and debts for taxes and contributions amount around 400 thousand Euros. Since the beginning of the year, the bank account of that media has been blocked twice. Employees of this medium are in fear of bankruptcy as well.

Amendments to the law may help

Article 75 of the same Law stipulates that local public broadcasters are established by a decision of the assembly of a local self-government unit.

The governing bodies in public broadcasters are the board and the director.

The Ministry of Public Administration, Digital Society and Media, with the Draft Law on Audiovisual Media Services, envisaged solutions, in accordance with the proposal of the Association of Local Public Broadcasters, which will precisely define the financing of local public broadcasters.

“We remind you that the Draft on Audiovisual Media Services is currently under the expert monitoring of the Council of Europe and the European Commission, and that its adoption is expected by the end of 2021. We expect that the provisions of the Draft Law related to the financing of local public broadcasters will not be the subject of negative comments by the Council of Europe and the European Commission, as well as negative comments in the process of regular inter-ministerial procedure of harmonization of laws, and will be contained in the new Law which, we hope, will solve the long-standing financial problems that local public broadcasters face, with”, as they say from the Ministry.

From the Trade Union of Montenegro (SMCG) they point out that the current Law on Electronic Media provides for the financing of public broadcasters from the state budget and local government budgets, but does not establish the obligation to determine the minimum amount of the general budget that should be provided by law and establishment decisions (within local public broadcaster).

“If the financing of local public broadcasters were regulated and depended only on the contract between the local self-government and the public broadcaster, that would be a great uncertainty for those media because the amount of funds would change from situation to situation and would depend exclusively on the will of local authorities,” as they assess from SMCG.

“Only the funds known in advance provided in the minimum amount for the realization of the mission of a public broadcaster can ensure a high degree of independence of local broadcasters and respect for professional standards. It is important to note that the introduction of a minimum amount (percentage) of the general annual budget of local self-government is only a guarantee that the local broadcaster will be able to function smoothly, and that if circumstances allow, additional funds can be provided through the contract of public broadcaster and local self-government to contribute in a better way to the realization of the public interest “, stated the SMCG.

They estimate that employees in local public broadcasters are in the worst position when it comes to socio-economic status, with the lowest salaries and longest salary delays (even 15 months).

It is also stated that the law should prescribe which organizations can nominate members of the Council, using the practice from the Law on National Public Broadcaster (RTCG), whose members are mostly nominated by civil society organizations.

“It is necessary to additionally prescribe by law the possibility that civil society organizations that are not predominantly financed from the state budget or local government budget (over 50 percent of the annual budget in the previous three years) propose members of the councils of local public broadcasters. Organizations that meet this most important criterion (NGOs, unions, sports organizations, employers’ organizations, etc.) are more likely to nominate candidates who will pursue the interests of the public rather than political or economic centers of power. In the councils of local public broadcasters, it is desirable that one member comes from the trade unions that participate in the work of the Social Council”, as stated from the SMCG.

“Analysis of the position of local public broadcasters and the rights of journalists in the media laws of Montenegro” by prof. Dr. Sandra Basic Hrvatin and Goran Djurovic from 2017, provides a good overview of examples of regional and European practice. The authors here cite the case of Slovenia where more than a third of all registered working journalists are self-employed; and Croatia – in which the media face an “alarming drop” in the number of employees.

France has about 700 local radio communities, but they are defined as non-commercial broadcasters, which qualifies them for financial support provided by the Fund for Local Radio Stations. Netherlands finances local media from three funds, and broadcasting licenses are usually granted for five years. The mentioned Analysis also cites the example of Great Britain, whose local and regional broadcasters are formally and legally privately owned, with the provision that a certain percentage of programs must be intended to satisfy the public interest. The authors of the Analysis estimate that in the EU “there are as many models as there are member states”.

The question remains – which model is best for Montenegro, that is – can we save the local media?

The Ministry of Public Administration, Digital Society and Media plans to organize another public debate on the Draft Law on Audiovisual Services. This can be an opportunity to further improve solutions for local broadcasters.

The article was created as part of the project “Improving Dialogue between Journalists’ Associations and Parliaments in the Western Balkans for a Stronger Civil Sector”, funded by the Swedish International Development Cooperation Agency (Sida) and the Balkan Civil Society Development Network (BCSDN).