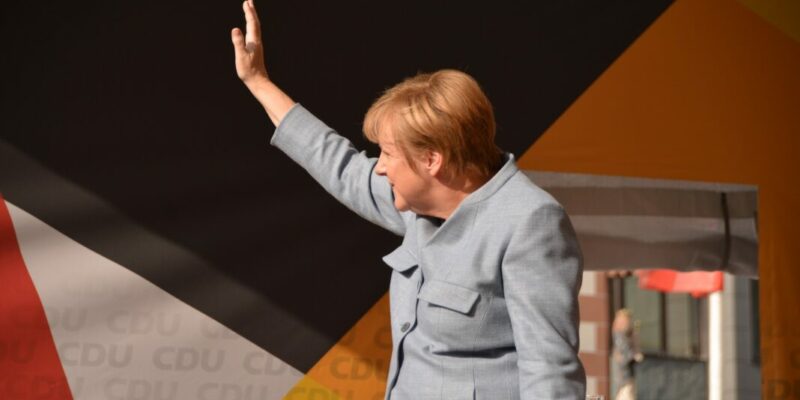 Chancellor of Germany Angela Merkel has been visiting the Western Balkans for the past few days. She was first in Belgrade on September 13, then in Tirana on September 14.

On both days, during a press conference, some media outlets and journalists were denied the right to ask questions or to attend. In addition to the Chancellor, the President of Serbia, Aleksandar Vucic, was present at the conference in Belgrade, while the Prime Minister of Albania, Edi Rama, was in Tirana.

Some journalists in Belgrade, such as Newsmax Adria journalist Zana Bulajic, weren’t allowed to enter the conference due to epidemiological measures. On the other hand, in Tirana, Albanian PM Edi Rama had a selective approach toward journalists from Kosovo. Journalist Enis Reçica from television Klan Kosova posted on his facebook account a video of him and other Kosovo journalists holding their hands up to ask questions, while the Albanian PM ignored them for 40 minutes.

“There is nothing strange here anymore, even the government no longer pretends in front of foreign representatives that there is freedom of the media here. We understand that they are turning a blind eye, since it is a matter of high politics, but the question remains to what extent they will remain silent and watch the government kill the journalistic profession in Serbia”, said Zeljko Bodrozic, president of Independent Journalists’ Association of Serbia.

Xhemajl Rexha, president of Association of Journalists of Kosovo, said that “the behavior of PM Rama towards Kosovo journalists is outrageous, but unfortunately nothing new”.

“The segregation he did towards our colleagues who were keen to ask questions to Chancellor Merkel is unacceptable and a sign he wanted to control the narrative to be sent out of such an important event. Our Albanian colleagues face such a behavior on a daily basis and we support them to raise their voices and make sure he doesn’t get away with that. We are also thankful for the regional and EFJ support after what happened”, he said.

The SafeJournalists Network, which gathers more than 8,200 media professionals in the Western Balkans, condemns this behaviour towards journalists in both countries. We will send a letter of concern to the office of the PM of Albania and of the president of Serbia and calling upon them to not repeat such behavior not only with the journalists, but all media workers.