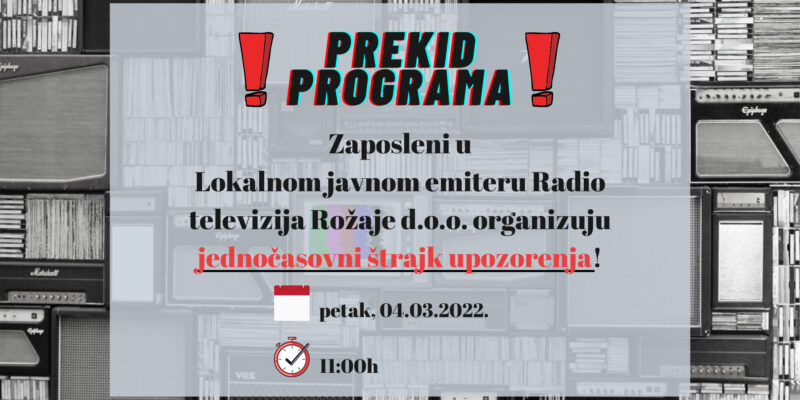 By Sindikat medija
Share
The trade union organization of the local public broadcaster Radio-Television Rozaje is organizing a one-hour warning strike tomorrow at 11 am, within which no radio or TV program will be broadcast.
The employees demand from the Council of RTV Rozaje to respond to the request for the dismissal of the director Resad Kalac, they believe that he did not adequately manage that local public broadcaster.
Also, the request of the workers is to return to work four colleagues whose employment contract has not been extended, and who are necessary for the smooth running of the work process.
If the strike demands are not met, the employees will start a strike that will last until all demands are met.
The trade union organization of the local public broadcaster Radio-Television Rozaje has repeatedly pointed out the poor socio-economic position of employees conditioned by unstable financing and poor management. In December last year, the company’s account was blocked, so it was not possible to pay all salaries to employees.