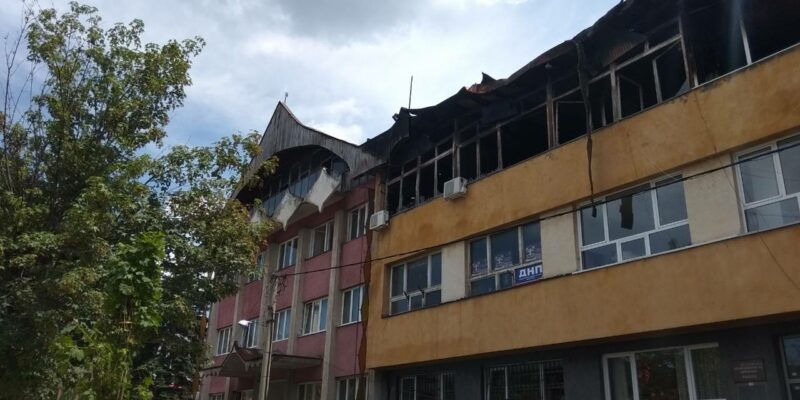 After a fire in which the premises of the Local Public Broadcasting Company Pljevlja were burned, the media was transferred to the Academic Center and works are under construction for the re-broadcasting of the program.

President of the RTV Pljevlja Trade Union, Edin Zuković, who is also a member of the Main Board of the SMCG, said that the premises that the Municipality gave to them are very good. Now, he said, it is most important that the money that they receive as a help after the fire is used intentionally.

“The most important thing is to buy equipment and to invest everything in preparing radio and television for work “, Zukovic said during a meeting with SMCG President Marijana Camovic and a member of the Main Board, Predrag Nikolic, who visited them in their new premises.

Camovic and Nikolic expressed solidarity with colleagues and employees of RTV Pljevlja who, from the 22nd of May, when the fire occurred, are continuously working to eliminate the consequences.

RTV Pljevlja has so far received tens of thousands of euros of assistance. Among others, The Government of Montenegro paid 50,000 euros, and the Agency for Electronic Media 10,000 euros and repurchased the debt of that media in the amount of 11,500 euros.

During the visit of the SMCG representatives, it was discussed also about the working conditions in this media as well as the backlog of wages.

“We started the year with five salaries owned by employer, and now he own us two salaries. We hope that this debt soon will be settled”, Zukovic said.