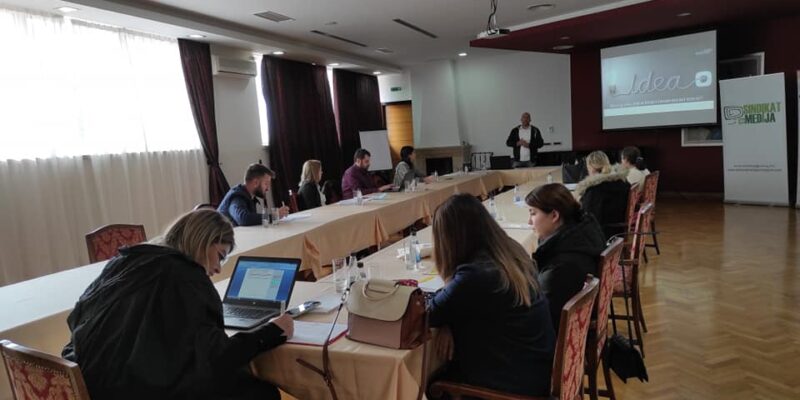 Director and professor at the Faculty of Dramatic Arts in Cetinje, Nikola Vukcevic, led the training on creating and implementing video campaigns for the needs of journalistic organizations in the region.

During the two-day training, Vukcevic introduced the participants to different types of approaches to making video campaigns, ways of making scripts and analyzed in detail the already placed commercials on the market. He presented to the participants the process of making a video campaign, as well as the financial construction needed for the realization of a certain idea.

He stressed the importance of making a brief by the client, which served to develop the ideas of the participants. As a result of the training, a campaign aimed at media workers will be created in the coming period.

SJ: Public condemnation for obstructing the work of journalists during the elections in the Republic of North Macedonia

The President of the Trade Union of Media of Montenegro, Marijana Camovic Velickovic, was elected ...
By Sindikat medija
24/06/2021