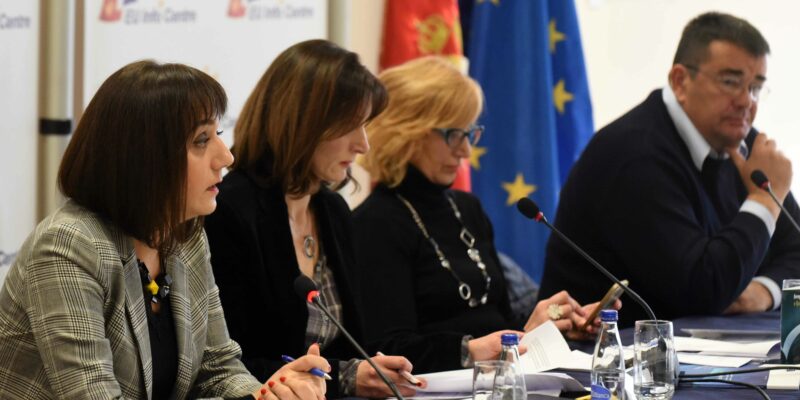 The new Media Law is necessary for Montenegro, because the existing one is largely outdated, but it must be supported by the media community – it was concluded at a press conference of media organizations that, on the occasion of the Day of Montenegrin Journalist, discussed on the Draft of the Media Law which is on public hearing.

The new Media Law is necessary for Montenegro, because the existing one is largely outdated, but it must be supported by the media community – it was concluded at a press conference of media organizations that, on the occasion of the Day of Montenegrin Journalist, discussed on the Draft of the Media Law which is on public hearing.

Journalists were addressed by representatives of the Montenegro Media Institute, Media Center, the Association of Professional Journalists of Montenegro, Trade Union of Media of Montenegro (SMCG) and the Center for Investigative Journalism.

“The Draft of Media Law must be supplemented with amendments that will reduce the influence of the media owners on newsrooms and journalists and allow them to work freely in the public interest, and not only to the border where public interest is contrary to the interests of media owners. Trade Union of Media of Montenegro has been insisting on this for a year now, and this is a recommendation from the analysis of the Council of Europe and the European Commission, as well as the OSCE experts, which the Working Group completely ignored”, said SMCG president Marijana Camovic.

She pointed out that it is necessary to oblige the media to have a statute or a certain rule-book that will define the editorial policy of the media, the attitude of the owners, the editor and the journalist, as well as the manner of appointment and dismissal of the editor-in-chief, and that decision should be made consulting employees.

„We have proposed, which also did not pass, the introduction of a „clause of conscience” to which the editor-in-chief, editors and journalists could call on and resign and receive a fair compensation in the case of a change in editorial policy with which they disagree“, said Camović clarifying that the proposed measures should lead to a reduction in censorship and self-censorship that is evident.

Slavoljub Scekic, editor-in-chief of the Center for Investigative Journalism of Montenegro (CIN CG), believes that if certain proposed solutions regarding the protection of journalistic sources were adopted, journalists would be able to find themselves in a similar situation as member of parliament Nebojša Medojević. Šćekić pointed out that the Draft on Media Law also envisaged the establishment of a media fund, but considers it as an attempt to satisfy the international factor.

“I am not sure how this would function in practice, except as a means of manipulation with one media and punishing other media,” he said.

According to the secretary general of the Association of Professional Journalists of Montenegro (DPNCG), Mila Radulovic, who was a member of the Working Group for drafting this law, the Working group showed willingness to open some issues, but the final result was not satisfactory.

Award for best student’s article about working conditions of journalists