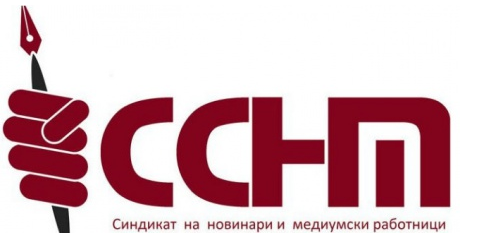 Support to Macedonian journalists in strike

On the occasion of the strike of journalists of Utrinski Vesnik, Dnevnik and Vest in Macedonia, Trade Union of Media of Montenegro, together with colleagues from the Croatia and Serbia sent a letter of support to the Independent Trade Union of Journalists and Media Workers of Macedonia and its president Tamara Causidis.

The letter in its entirety:

Trade unions of journalists of Croatia, Montenegro and Serbia express full solidarity and support to the Independent Trade Union of Journalists and Media Workers of Macedonia, and to journalists of Utrinski vesnik, Dnevnik and Vest – three daily papers of the company Media print Macedonia (MPM) – who are in strike since 17 February 2017 due to unpaid salaries, obligatory contributions and freelance remunerations, and due to management’s avoidance to provide essential information to journalists about the situation in the company and plans for its survival.

In addition to many other media in the region, daily papers of the MPM company are examples of abuse of the media in transitional countries in order to fulfill economic and political goals of privileged centers of power, under the guise of spreading western democracy in southeast Europe. Teamed-up media owners and political elite at the local, but also at a wider European level, cared primarily for profit and for imposing their own political goals, and less for the right of the public in concerned countries to be informed on important issues. Media owners from western countries have not brought expected change. Until few years ago, MPM company itself was owned by the German media corporation WAZ, which owned the media in a number of SEE countries, from Bulgaria, Serbia and Montenegro to Croatia and beyond.

Having fulfilled its goals, WAZ retreated from both Macedonia and the Balkans, leaving mostly exhausted media behind it, despite the fact that the management of this corporation included highly renowned political personalities – ranging from Bodo Hombach, once EU Special Coordinator for the Stability Pact for South-Eastern Europe, and later also a member of the Board of the WAZ Group – to Srdjan Kerim, current MPM majority owner and Director, who once served as the Minister of Foreign Affairs of Macedonia, and was also a candidate for the post of the UN Secretary General.

After the departure of WAZ, company MPM was changing owners – mostly rich Macedonian oligarchs. However, the practice remained the same – the management avoids the implementation of social dialogue and genuine democratic principles in relations with its journalists. Therefore, given the similar transition experiences and situation in the media, the trade unions of journalists of Croatia, Montenegro and Serbia fully understand the difficult position of their Macedonian colleagues, and support them in their struggle for the fundamental human right to be paid for their work, and to defend their human and professional dignity.

Trade Union of Journalists of Serbia

Summary of the findings, Indicators on the level of media freedom and journalists’ safety 2016 [Montenegro]